40 times faster than humans: How dogs are tackling Japanese Knotweed on building sites

With local authorities and developers in Europe waking up to the threat of project-hampering Japanese Knotweed, a start-up company in Ireland is gaining traction with a novel way of enlisting the help of man’s best friend to fight it: dogs specially trained to detect the slightest trace of the pernicious plant.

Helga Heylen, who founded the company in January 2018, says that just one of her dogs can survey a site 40 times faster than a human team, and with far higher accuracy since their powerful noses can detect even rhizomes that have not yet broken the surface of the soil. Wearing GPS-equipped vests, the dogs scour a site and sit down if they detect knotweed, staring at the spot.

However, with big sums at stake in commercial developments, the dogs are not always appreciated. One of them was deliberately poisoned, and died, after detecting knotweed at the site of a planned development in Belgium in August last year.

Among the world’s most invasive species, Reynoutria japonica can grow at a rate of 10cm a day, and its hunger for water and light is so strong that it will push through cracks in masonry, concrete, asphalt and timber to get at them, undermining the structural integrity of walls, pipes and paved surfaces.

It is also highly insidious. One tiny fragment of its rhizome the size of a fingernail can lay dormant in soil for years before spawning an entire new colony. 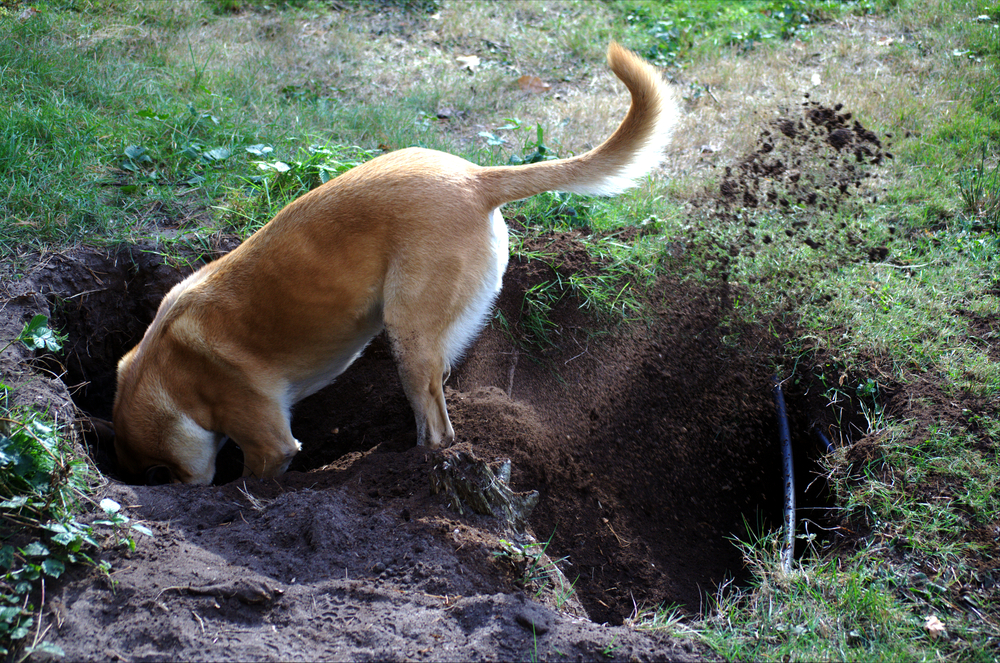 The alarm it generates was highlighted in Ireland last year when planning permission was refused for a facility in Ballyhaunis, County Mayo, intended to treat soil infected with knotweed.

The company planning the facility, to be sited in a disused quarry and said to be the first of its kind in Europe, could not provide the council with a cast-iron guarantee that it would not spread.

"Even when a site is excavated for knotweed, loose bits stuck on people’s boots or in vehicle tyre treads can spread it to a new place," said Heylen, formerly a psychologist, business advisor and dog-lover who got the idea of setting up Conservation Dogs Ireland (CDI) after encountering medical detection dogs that can identify conditions in people, from anxiety and epilepsy to cancer.

They can do it blind

She trained in New Zealand, a country that has been using sniffer dogs to detect invasive species of plants and animals since the 1890s, and brought the concept to Ireland, where she operates from a village in County Clare, near Limerick. Clients include developers and local authority highway agencies.

She currently has three dogs, one pure-bred Labrador and two, rescued, Labrador-Beagle crosses.

They love the work, she said, and perform accurate surveys much faster than humans.

"What five surveyors would cover in eight hours, one dog does in just one hour, with far superior results and accuracy," Heylen said.

"Dogs don’t need visuals, and as such are not season dependent. They can find knotweed during dormancy and underground. They can work in dusk, and in densely overgrown terrain where small colonies would be invisible to human surveyors, and missed. Because dogs find targets by scent alone, there are even blind dogs doing this work in other parts of the world." A typical approach would be to have one handler working with two dogs, where one works for 30 minutes while the other rests, and then they rotate.

"The way I see it, in Europe nobody appreciates the full extent of the problem with Japanese Knotweed as well as they do in the UK, and we use the UK as an early warning system.

"Other invasive weeds are a problem, but the cost of managing Japanese Knotweed alone is higher than all other invasive weeds combined. Studies show that whatever the presence of knotweed above ground, it is seven times bigger underground, and this is what dogs can find at the earliest possible stage, where humans cannot."

The attack in Belgium was a blow. Heylen said somebody gave the dog poisoned food while it rested in its crate, beyond the range of security cameras. The discovery of knotweed meant a delay to the project.

"It was a huge shock to the system of an idealist like myself, who cannot understand any harm to animals," she said.

But she was not deterred.

CDI has tightened security, with cameras during the day, and the dogs now sleep indoors near the handler. No unsupervised access to the dogs is allowed.

"You know you’re on to a good thing when it excites like minded people, which is certainly the majority, and really scares others," Heylen said, adding: "It won’t happen again that way."

Top image: A CDI dog at work on a construction site (CDI)

Story for GCR? Get in touch via email: global-con[email protected]