Los Angeles-headquartered construction firm Aecom and Canada’s EllisDon have teamed up to promote the long-mulled idea of a high-speed railway between Edmonton and Calgary in the province of Alberta, saying "its time has come".

It would be a private venture with a capital investment of some C$9bn.

Their partnership, called Prairie Link, has secured a Memorandum of Understanding from Alberta’s transport department stating a willingness to cooperate on developing the scheme, they said yesterday.

Prairie Link is proposing the railway through the Alberta government’s unsolicited proposal framework.

Running some 320km (200 miles) from Edmonton to the north of the province south to Calgary, with a mid-point stop at the city of Red Deer, it would be one of the biggest transportation projects in Alberta’s history if it goes ahead, EllisDon said.

The idea has been around for some time. In 2008, following a period of strong economic growth, studies commissioned by the provincial government forecast that a 300mph maglev service up and down the corridor would have had an annual ridership of 5.8 million by 2021, generating more than C$33bn in economic benefits.Â 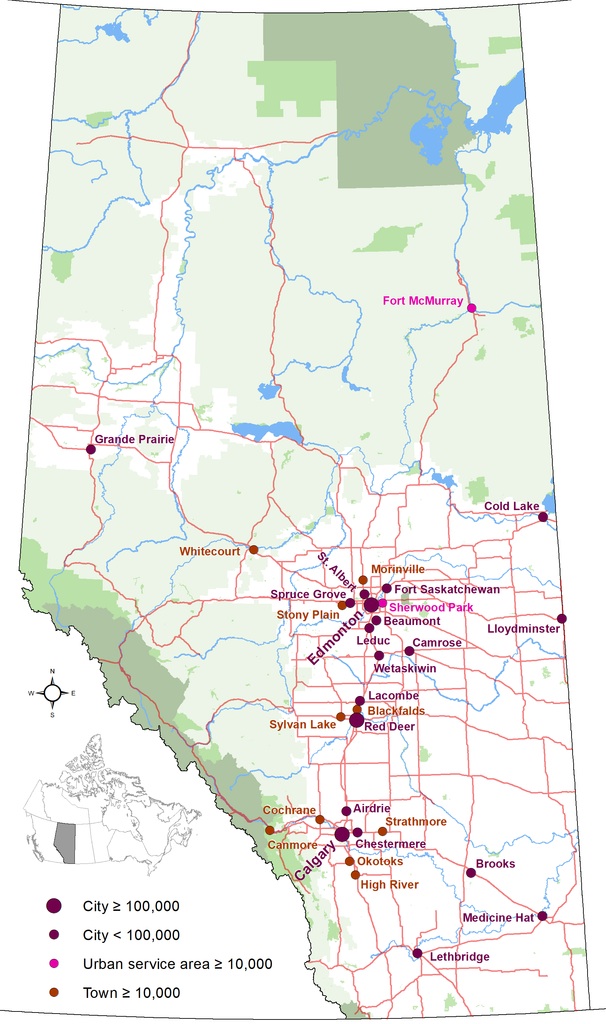 The Edmonton-Calgary corridor is the second most densely populated in the country (Hwy43/CC BY 3.0/https://creativecommons.org/licenses/by/3.0/)

Consultants noted at the time that in all of Canada the Edmonton-Calgary corridor is second in population density only to the Quebec City-Windsor corridor in the provinces of Quebec and Ontario, where a major passenger rail upgrade is now going ahead.Â

"The notion of high-speed rail – a proven technology around the world – connecting Edmonton, Red Deer, and Calgary in Alberta is not new, but we believe that its time has come," said Jeffrey Hansen-Carlson, director at EllisDon Capital and project director for Prairie Link. "We have built a team with both the capacity and faith in the future of our province to advance it in a meaningful way for Albertans."

"Since this is a private sector initiative it is very important to us that we continue to maintain positive and solution-orientated day-to-day relationships with the great people that work for the Government of Alberta," said Joey Comeau, chief operating officer and executive vice president of EllisDon Capital and chair of Prairie Link.

Image: Edmonton, the capital and the second largest city in Alberta (IQRemix/CC BY-SA 2.0)