After 30 years of planning, work begins on €1.3bn radio telescopes in South Africa and Australia

South Africa’s National Research Foundation and the South African Radio Astronomy Observatory jointly announced last week that work was about to begin on a €1.3bn project to build the world’s largest radio telescope.

Seven member countries of the Square Kilometre Array Observatory (SKAO) have authorised the start of construction of two arrays, in South Africa and Australia. Â

The two telescopes are designated SKA-Low (Australia) and SKA-Mid (South Africa) – a reference to the radio frequencies they will monitor.

SKA-Mid will incorporate South Africa’s MeerKAT radio telescope array, which was developed as a pathfinder project to the square kilometre array, while SKA-Low will include the existing prototype station in Australia.

Philip Diamond, the director of SKAO, commented: "I am ecstatic. This moment has been 30 years in the making. Today, humankind is taking another giant leap by committing to build what will be the largest science facility of its kind on the planet; not just one but the two largest and most complex radio telescope networks, designed to unlock some of the most fascinating secrets of our universe."

He added that the telescopes would produce "tangible societal and economic benefits for countries involved in the project through direct and indirect economic returns from innovation and technological spin-offs, new high-tech jobs and boosted industrial capacity". 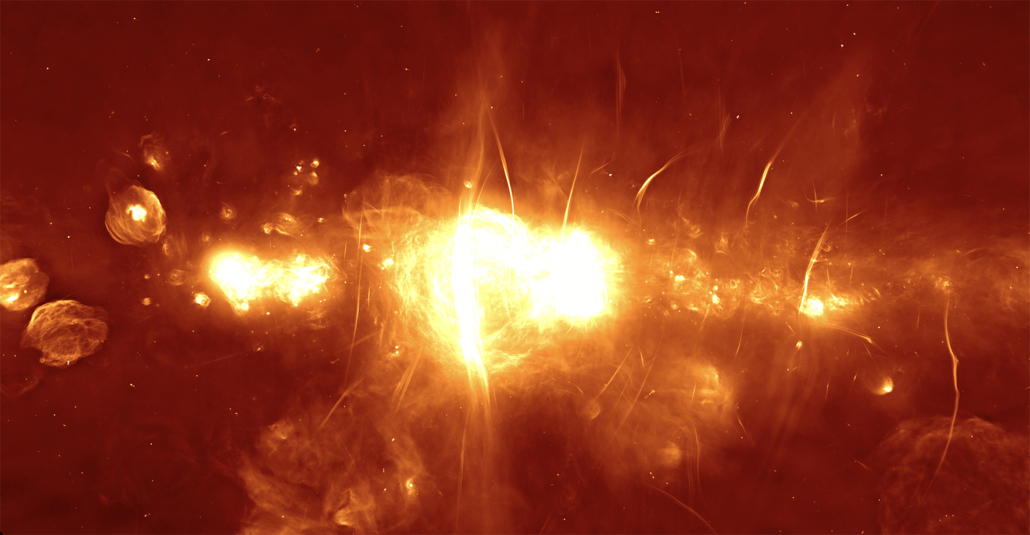 An image of the black holes at the centre of the Milky Way, taken by MeerKAT in 2018 (South African Radio Astronomy Observatory)

The project involves building thousands of dish receivers in precise configurations. The logistics of the work are made more challenging by their location in remote areas to minimise "noise" from human radio sources.

Construction work is scheduled to complete in July 2029. However, observations are expected to begin in 2024.

The countries which are currently full members of the SKAO are Australia, China, Italy, the Netherlands, Portugal, South Africa and the UK. France, Spain and Switzerland are planning to join SKAO as full members.