Low productivity pushing up the cost of labour has been blamed for US cities being the most expensive places to build this year, while Singapore is leading the way on offsite manufacturing, keeping costs comparatively low.

The US dominates this year’s league table, compiled by Dutch consulting engineer Arcadis, a striking change from last year when only one North American city made the top 10.

San Francisco and New York placed first and second this year, and are joined in the top 10 by Boston, Philadelphia and Chicago.

Canada’s Toronto joined the top 10 as well, suggesting productivity issues in the North American market as a whole. 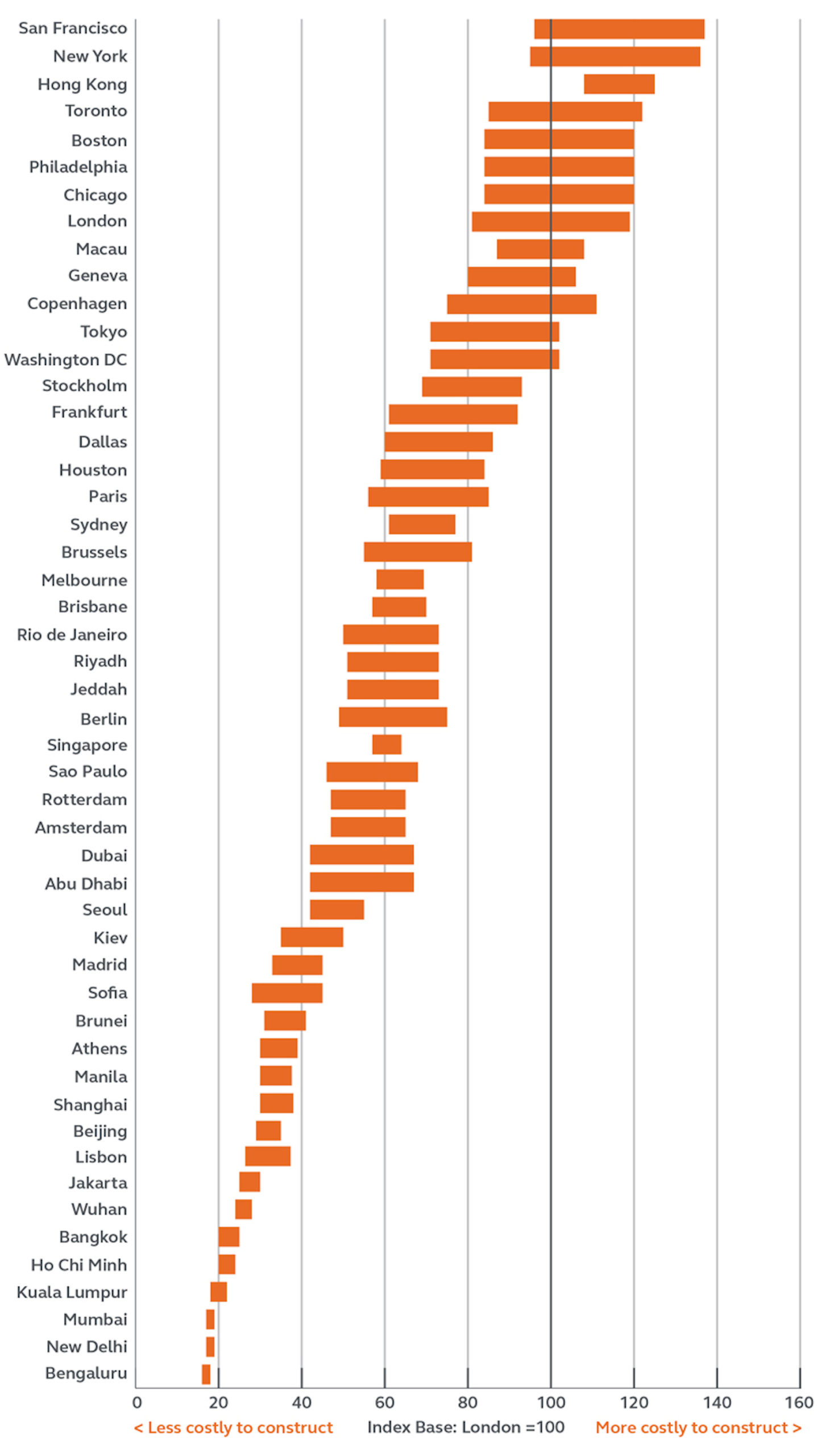 In 2017 the table was topped by New York, a statistical outlier where costs were about twice the level of Paris, and appeared to be out of control. After New York came, in order, Hong Kong, Geneva, Central London, Macau, Copenhagen, Stockholm, Frankfurt, Paris and Vienna.

Arcadis says the change reflects the increasing strength of the dollar, the high demand for construction services in the US and Canada, and "fever pitch" productivity challenges, which are pushing up the cost of labour.

At number three this year, Hong Kong was also much more expensive that the rest of the world.

Some countries with high demand and dynamic economies have succeeded in keeping their costs down, however, by boosting productivity. The report picks out Singapore for succeeding in using prefabrication to lower costs.

"Singapore has made prefabricated prefinished volumetric construction mandatory on nearly half of all land sold by the government for development to increase productivity and lower construction costs," the report said.

It adds that the "search is on" for ways to crack construction’s productivity issue, and certain technologies, such as robotics, appear to be on the brink of a breakthrough. Â

The report also looked at the fastest growing construction markets in 2018. Here the market leader was Qatar, where year-on-year expansion is running at 15%, and the UAE, where it is 10%. Behind these are the tiger markets of Philippines, Vietnam and Indonesia, which are expanding at between 10% and 6.8%, followed by India at 6.1%.

The largest absolute growth is, of course, in China, which expects to add 5.2% to its already immense construction output.The hot spots for Europe will be Sweden (5.4%) and the Netherlands (5.1%). Â

Top image: San Francisco is in the middle of a building boom (Spire)