Italian architect Baglivo Negrini has won an international architecture competition to design a piazza that will link the Italian city of Gorizia with Nova Gorica, its Slovenian neighbour.

Gorizia’s division into Italian and Slovenian quarters came in the Second World War, when the Italian city was conquered by Yugoslavian partisans.

The form of the design is intended to promote social interaction

The international jury praised the design’s "strong and clear visual impact", and said its concave form evoked "a steadying point of equilibrium".

It added that it created a "naturally converging multifunctional space for social gathering – exalting its symbolic value, interpreting the memories still present and current, with an intervention that is however open to the future".

The second prize was awarded to a more surreal design by Paul Vincent and Anthony Benarroche Architecte of France. This was considered to be "a powerful symbolic evocation of the recent history, which considers a variety of planes and scales as integrated components of the concept". 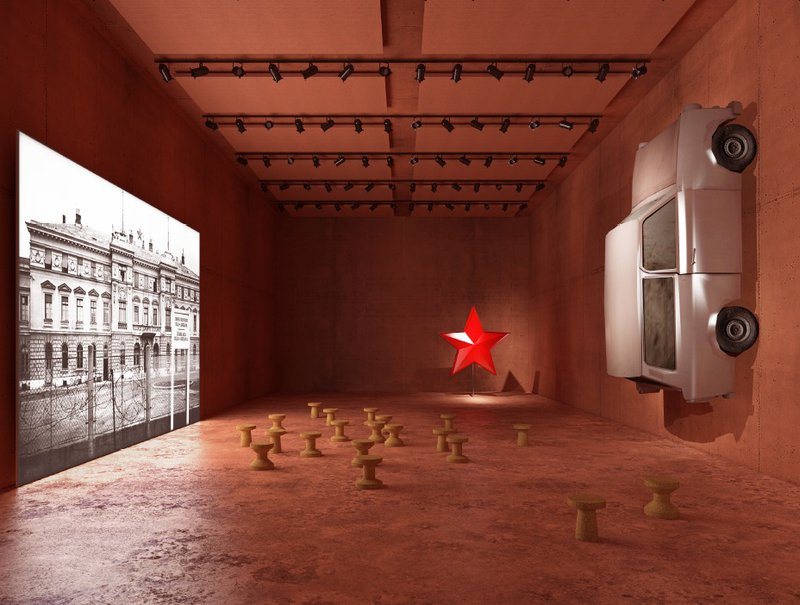 The competition was organised by EGTC GO, an agency of the European Grouping of Territorial Cooperation. The EGTC was set up by Italian and Slovenian governments in 2011 to coordinate the management of the cities. Â