Bulgaria is to halt work on a Gazprom-financed pipeline that would have transported Russian gas to western Europe. The 422km South Stream pipeline was to have gone via the Balkans, bypassing the Ukraine.

Bulgaria’s decision came on Sunday after days of political pressure to halt the work by the European Commission and the US.

Marcie Ries, the US ambassador to Bulgaria, had said on Friday that Washington was "deeply concerned" by Bulgaria’s decision to award the contract of building its section of the pipeline to a consortium led by Russia’s Stroytransgaz, a Russian company subject to US sanctions.

"Now is not the time for business as usual with Russia," she said. "We advise Bulgarian businesses to avoid working with entities sanctioned by the US."

The European Commission accused Bulgaria of breaching EU public procurement laws, and recently sent Bulgaria a letter asking it to stop work on the line. 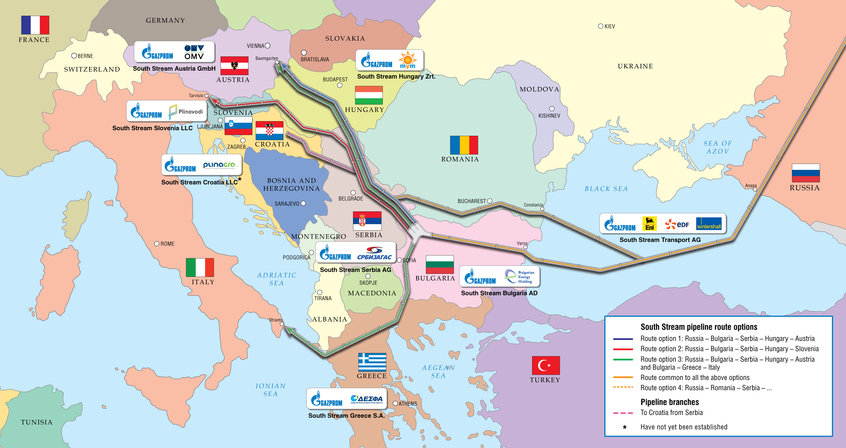 Map of the South Stream pipeline

Plamen Oresharski, the prime minister of Bulgaria, announced his decision on Sunday after speaking with US senators.

Bulgaria had claimed that it was being treated unfairly by Brussels, and that the pressure was motivated by a desire to penalise Russia for its involvement in the crisis in the Ukraine.

The country was reluctant to halt the progress on the pipeline because Bulgaria depends on Russian gas piped through the Ukraine, meaning that it also loses supply if Russia suspends it the Ukraine. It was also keen to earn the transit fees that would come from allowing the pipeline to cross its territory.

Work on the pipeline began in Bulgaria last October. If the pipeline is ever completed it will run to Italy via Bulgaria, Serbia, Hungary and Slovenia. It has the capacity to deliver 63 billion cubic metres of natural gas a year.

Oresharski has said that "Further proceedings will be decided after additional consultations with Brussels."