A French company has pioneered a home-construction system of machined wood "bricks" that you tap into place with a mallet.

After a ten-year struggle to get off the ground, it has now sold more than a hundred units, and has licensed the technology in Hungary and the Netherlands.

The company, Brikawood, bills its system as "the wooden brick that can be installed without nails, screws or glue".

It says the air- and water-tight structure of a large, 120-sq-m home can be erected in 15 days.

The "bricks" are actually structural cells formed by panels of sustainably grown Douglas Fir that interlock with self-tightening dovetail and rabbet joints.

The wall cavities formed by the cells are filled with wood chips produced during machining, for insulation.

This and the airtightness of a Brikawood house qualifies it to meet the Passive House standard for energy efficiency, meaning very little heating or cooling is needed. Treated only with linseed oil, the Brikawood structure is designed to withstand the elements on its own, without external facades, plastering or other coatings.

The timber components are machined according to an architect’s 3D drawing, and are delivered to site in pallets, with instructions.

Roof trusses and other joinery assemblies are also provided.

Where a house is below 50 sq m in area, the home’s owners can assemble it themselves with basic tools and no construction experience.

Above 50 sq m, a Brikawood-trained team puts it together.

Kits range in size from 20 sq m, about the size of a big garden studio, to 300 sq m, the dimensions of a big, multi-bedroom house. They can be multi-storey.

The per-sq-m construction cost of a Brikawood house is relatively low, at around €1,300, the company says. 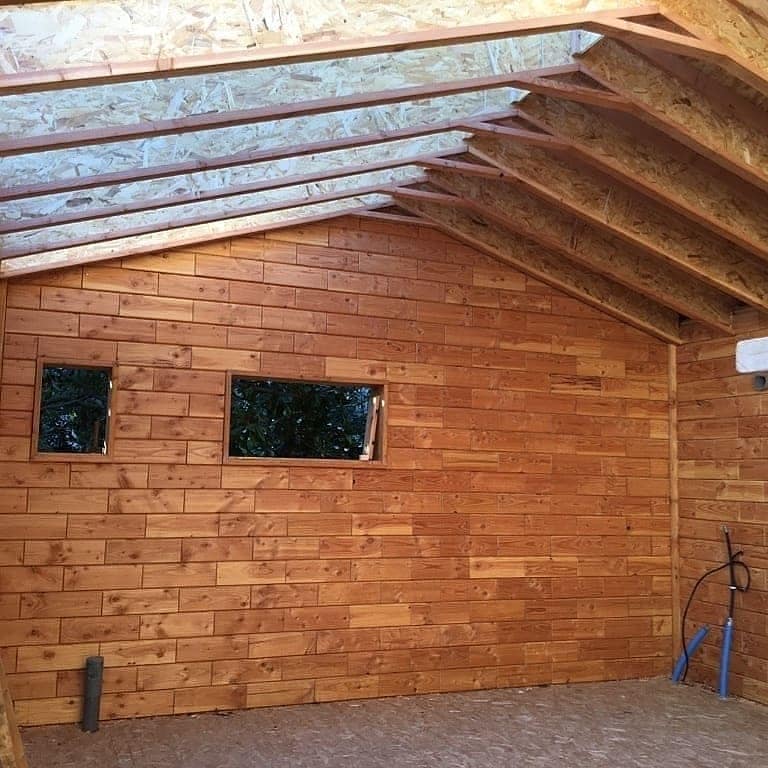 Company president Patricia Dutreux told GCR that a recent kit for a 100-sq-m house was priced at €180,000, with everything included.

Probably wouldn’t do it again

Based in Laroque D’Olmes, near the Pyrenees in southern France, Dutreux said it took 10 difficult years for Brikawood to get to this point.

A commercial lawyer, she said she and the system’s designer, the engineer Alain Romero, encountered resistance at every step, from performance evaluations, to insurers, and to building control authorities.

"We were confronted with lobbyists who did not spare us," Dutreux said in an email. "We had to deal with some not very nice situations."

She added: "We worked alone without financial assistance, we had to sell everything we owned and we had to borrow large amounts of money.

"We are proud of what we managed to put in place. If we had to do it again today, we would give up."

She characterised France as "not a country where ecological innovation is accepted and supported".

"It’s not easy to dare to change habits at a time when concrete is so important," she says.

"We had to fight at every stage"

They faced operational disasters as well. Initially they outsourced the machining operations to a small subcontractor with a handful of employees who turned out to be unqualified.

Within two years the operation was facing financial ruin.

That led them to pick bigger manufacturers, employing around 400 people in total, and the process began to work smoothly.

By 2015, Brikawood had secured its intellectual property by acquiring all 11 of the system’s relevant patents.

"If projects are multiplying today, it is because we dared to take the plunge," says Dutreaux. "We had to fight at every stage."

Dutreux says a dozen multi-storey house kits have sold since 2018.

The company is now selling licences to transmit the Brikawood concept internationally.

Recently, licenses have been sold for the exclusive manufacture and marketing of Brikawood homes in Hungary and the Netherlands.