China has ordered 31 people to be placed under "coercive measures" for a collapse in November last year at a construction site that killed 73 people, state news agency Xinhua reports. 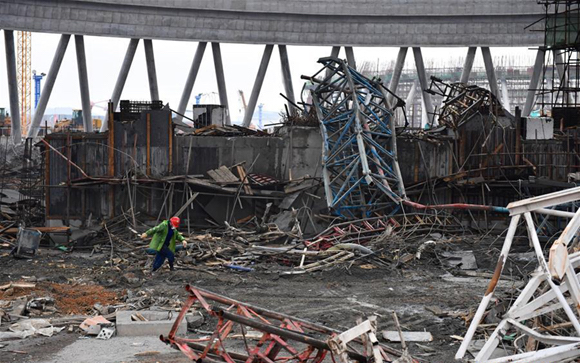 Coercive measures are a form of detention that can range from constant surveillance to outright arrest.

The punishment follows the collapse of a platform being built for a cooling tower at a power plant in southern China, killing 73 people, injuring two more and causing losses of $15.6m.

A government report says investigators concluded that the accident was caused by a range of issues, including poor supervision "and the building company’s failure to fulfill its work safety responsibilities," Xinhua said.

Officials did not release the names or job titles of those punished.

In a separate incident on Saturday, 16 September, rescuers successfully pulled nine construction workers from the rubble of a collapsed railway tunnel in the country’s southwest, two days after the tunnel collapsed around them.

Xinhua said the nine had been hospitalized in stable condition.

The accident occurred in a mountainous area in Yunnan province, near the borders with Myanmar and Laos.

More than 200 workers were involved in the rescue, digging a string of tunnels in efforts to reach the men.