Two Chinese companies will start planning a railway across the Sahara Desert linking Sudan’s Red Sea coast to landlocked Chad after an agreement was signed yesterday with the Sudanese government.

They now have 12 months to complete a feasibility study on the construction of the 3,400 kilometre-long railway from Port Sudan to the Chadian capital of N’Djamena.

Makawi Mohamed Awad, Sudan’s minister of transport, said that his ministry’s strategic aim was to link Port Sudan with all its landlocked neighbours.

Plans for a Sahara railway go back some years. 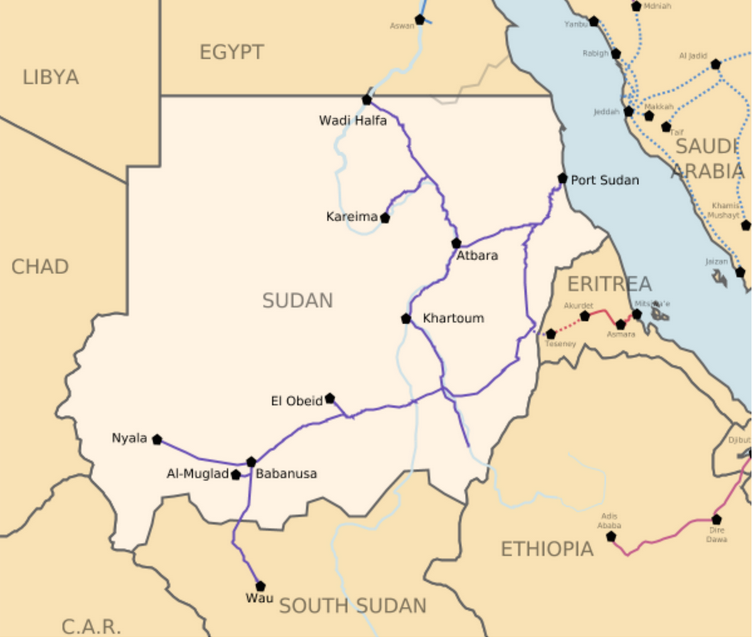 The Chad line would join Sudan’s network at Nyala

In 2014, Sudan reached a political agreement with Chad to link their capitals with Port Sudan with a later extension to the Atlantic Ocean ports of Cameroon. Although both countries pledged to stop supporting each other’s rebel movements, continual instability delayed implementation.

Further back in March 2012, Chad reached agreement with the China Civil Engineering Construction Corporation to build its portion of the line to the Sudanese border, after which it would join the Sudanese system at Nyala. The estimated $5.6bn cost of the line was thought likely be met by the Import Export Bank of China.

The lines are to be built to standard gauge and will be allow trains to run at 120 km/h.

CRDC carries out preparatory work for railway construction. It has been a major player in the development of China’s domestic high-speed system, surveying some 7,500km of it.

FDDC is a state-owned developer that carries out turnkey infrastructure projects outside the domestic market.