An unfinished bridge that collapsed while under construction in the mountains of central Colombia has been demolished with 200kg of explosives. Â

The controlled explosion was deemed necessary to bring down the remainder of the deck and the support tower of Chirajara bridge, which were all that remained after the fatal collapse. 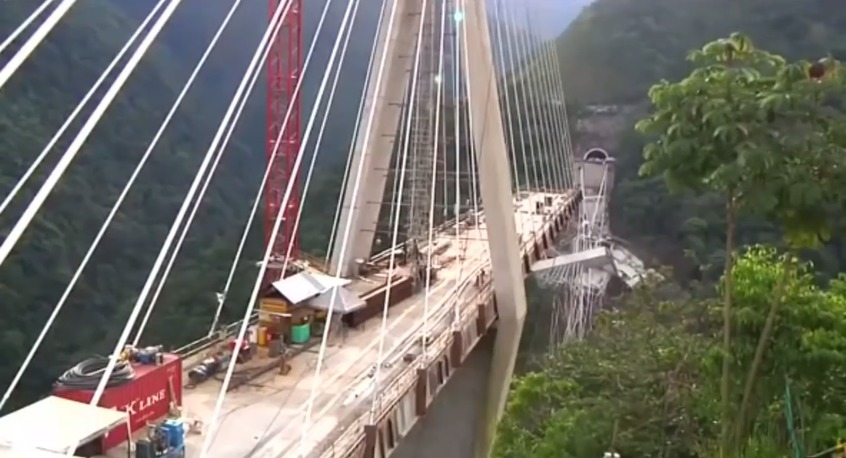 All but 80m of the 450m deck had been completed when, in January this year, the structure failed, killing nine workers and injuring eight.

The death toll would have been much higher if 180 other workers who would have been on the structure had not been attending a training session on the opposite side of the ravine.

The cable-stayed structure was to have spanned a gorge about an hour’s drive from Villavicencio, on the highway to the capital, Bogotá.

Investigations into the causes of the January collapse were conducted by US engineer Modjeski and Masters. This pointed to a support pile, drilled into a steeply sloping hillside with complex underlying geology, that was not able to support its loading.

Images: The bridge was destroyed using 200kg of explosive (YouTube)