A team from New York’s Columbia University has managed to replicate the internal and external structure and appearance of timber using a 3D printer, which researchers say is confirmed when the block is cut or broken.

A study called "Digital Wood: 3D Internal Color Texture Mapping" has been published by academic journal 3D Printing and Additive Manufacturing, and explores a voxel printing technique that is described as an "unexplored 3D printing process that allows controlling the colour and material structure at every resolvable point of a printed object".

Printing using voxels with printing has so far been unexplored, and allows for better control of the colour and material structure at every point of an object. 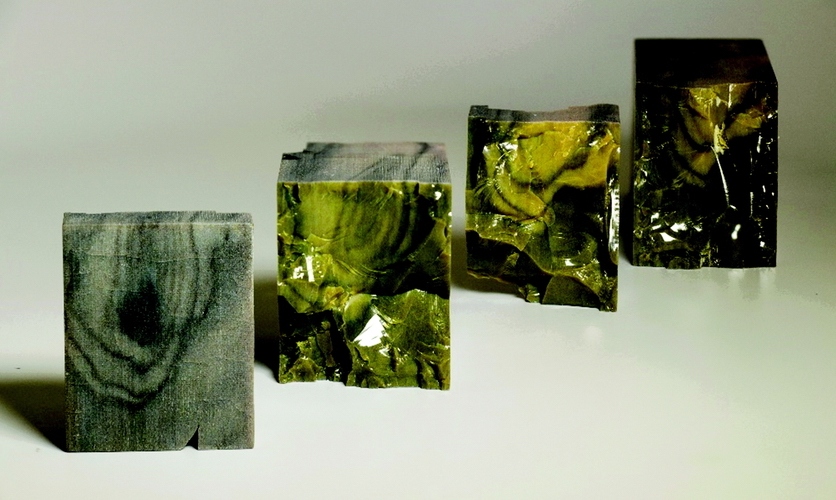 Despite the progress, the team say the scanning technique is "both energy and time consuming, and renders the original sample unusable".

The study looks beyond timber manufacturing by saying that the "digital replication of objects with complex internal patterns that have thus far been impossible to manufacture", so other materials may be replicable using the same method. The paper says: "Other texture properties such as specularity are limited by the mixing mechanics of photoacrylates and the printer resolution, respectively.

"Nevertheless, the ability to replicate internal grains in colour profiles can be extended to replicating stiffness profiles for materials whose physical properties map closely to their visual properties".