Plans have been revealed in Dubai for what would be the world’s first fully functional 3D-printed office building. It will be located close to the site of the Museum of the Future, which will itself incorporate structures produced by 3D printing.

We aim to take advantage of this growth by becoming a global hub for innovation and 3D printing. This is the first step of many more to come– Mohammed Al Gergawi, UAE federal minister of cabinet affairs

The building, which will act as temporary headquarters for the museum’s staff, will occupy about 2,000 square feet and will be printed layer-by-layer using a 20 foot tall 3D printer, then assembled on site over the course of several weeks.

All interior furniture, detailing and structural components will also be made using additive technology. This will, so the designers say, make it the most advanced 3D printed building to date.

The project has been developed with Chinese company WinSun, which recently printed 10 houses in a day for under $5,000 each, as well as an entire villa.

Other firms involved in the project included three US outfits: consulting engineers Thornton Thomasetti and Syska Hennessy and architect Gensler.

Mohammed Al Gergawi, the federal minister of cabinet affairs of the United Arab Emirates (UAE), said: "This building will be a testimony to the efficiency and creativity of 3D printing technology, which we believe will play a major role in reshaping construction and design sectors.

"We aim to take advantage of this growth by becoming a global hub for innovation and 3D printing. This is the first step of many more to come." 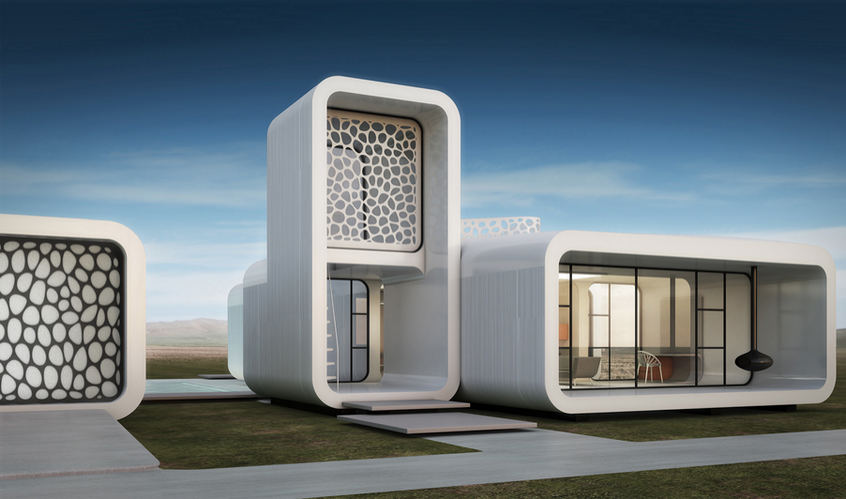 The UAE is hoping that the building will establish its position as the global centre of technology in construction and design.