Fast-growing Ethiopia is the cheapest place in the world’s emerging markets to buy luxury property, according to a new ranking from a specialist property company.

Africa’s second most populous country, Ethiopia is also one of Africa’s top economic performers: its economy is expected to expand 8.6% this year and 8.5% in 2016, compared with 10.3% growth last year, the International Monetary Fund said in April. While Ethiopia comes top in the "cheap league", Ivory Coast is next in line, with a square metre of posh home there costing around $483, and third is Tanzania, where classy real estate costs $549 per sq m, says Lamudi. (See table below)

Prices for Angolan luxury property were pushed to extremes as a result of the country’s oil boom after the civil war ended in 2002.

Last year in New York City ultra-luxury apartments reached an average cost of $1,297 per square foot – or approximately $13,800 per square metre – according to one estimate, while a square metre in London’s Royal Borough of Kensington and Chelsea would set you back $18,270 (£12,000). 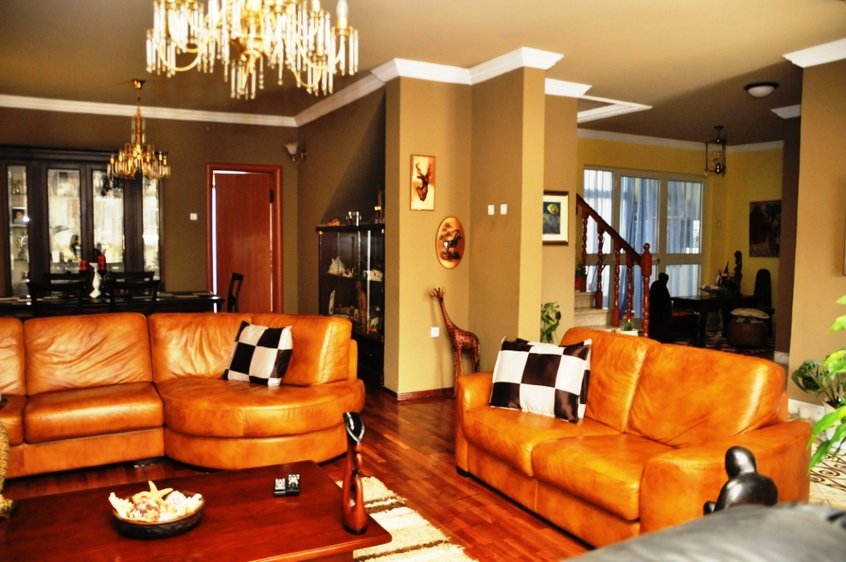 "At the same time, prices here remain low comparative to many of our neighbours, making Ethiopia the most affordable place to buy luxury real estate anywhere in the world." 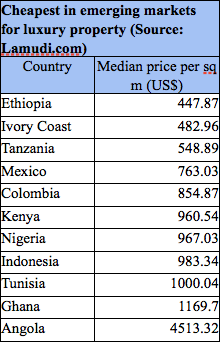 Safety is a concern in some areas, with terrorist group Al Shabaab reported to have planned attacks. The UK’s Foreign and Commonwealth Office (FCO) advises against all travel to within 10km of the border with Eritrea, with some exceptions, and to regions bordering Somalia and Kenya. (See map.)

But the FCO says crime levels are low, and that around 20,000 British nationals visit Ethiopia every year with most reporting no trouble.