The Massachusetts Bay Transportation Authority (MBTA) has chosen a consortium led by US engineer Fluor and including UK contractor Balfour Beatty to build the delayed $1.1bn Green Line Light Rail Extension in Boston.

The contract will involve the construction of two branches of the Green Line with a total length of 7km, six stations and a depot.

Other members of the consortium are Herzog Contracting Group of Missouri and The Middlesex Corporation of Massachusetts.

The projected daily ridership at the seven stations is estimated to be 45,000 by 2030.

The MBTA dismissed its original project team in late 2015 after cost overruns reached $1bn, and questions were asked concerning the project’s procurement. 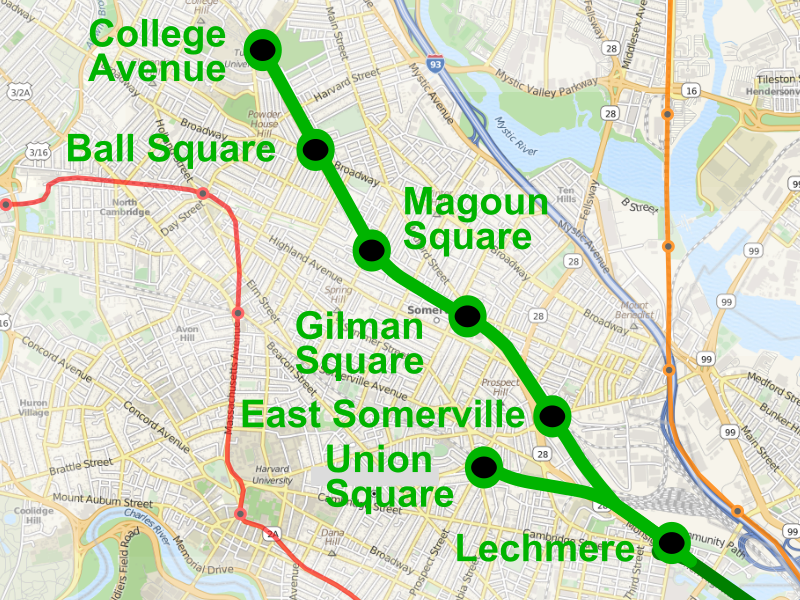 A map of the Green Line extension (Wikimedia Commons/OpenStreetMap)

Luis Manuel RamÃ­rez, MBTA’s general manager, said: "We are truly on our way to making the Green Line Extension a reality for the people of Cambridge, Somerville, and Medford. The selection process was extensive and thorough, and we are pleased that the outcome is that the cost is under our $1.32bn affordability limit."

In May this year US engineer CH2M was awarded a $57m contract to act as construction manager for the scheme.

Construction is due to begin in 2018 with the service opening in late 2021.

Read more about GLX Constructors here and the project here.