Former Nazi think tank to be transformed into design school

The Saaleck Workshops, designed by German architect and Nazi affiliate Paul Schultze-Naumburg, will be transformed into a design school by Danish firm Dorte Mandrup Arkitekter.

The Saaleck Workshops were built in 1904 near Naumburg in central Germany. The building was later used by the Nazi Party as a think tank for its race theories. 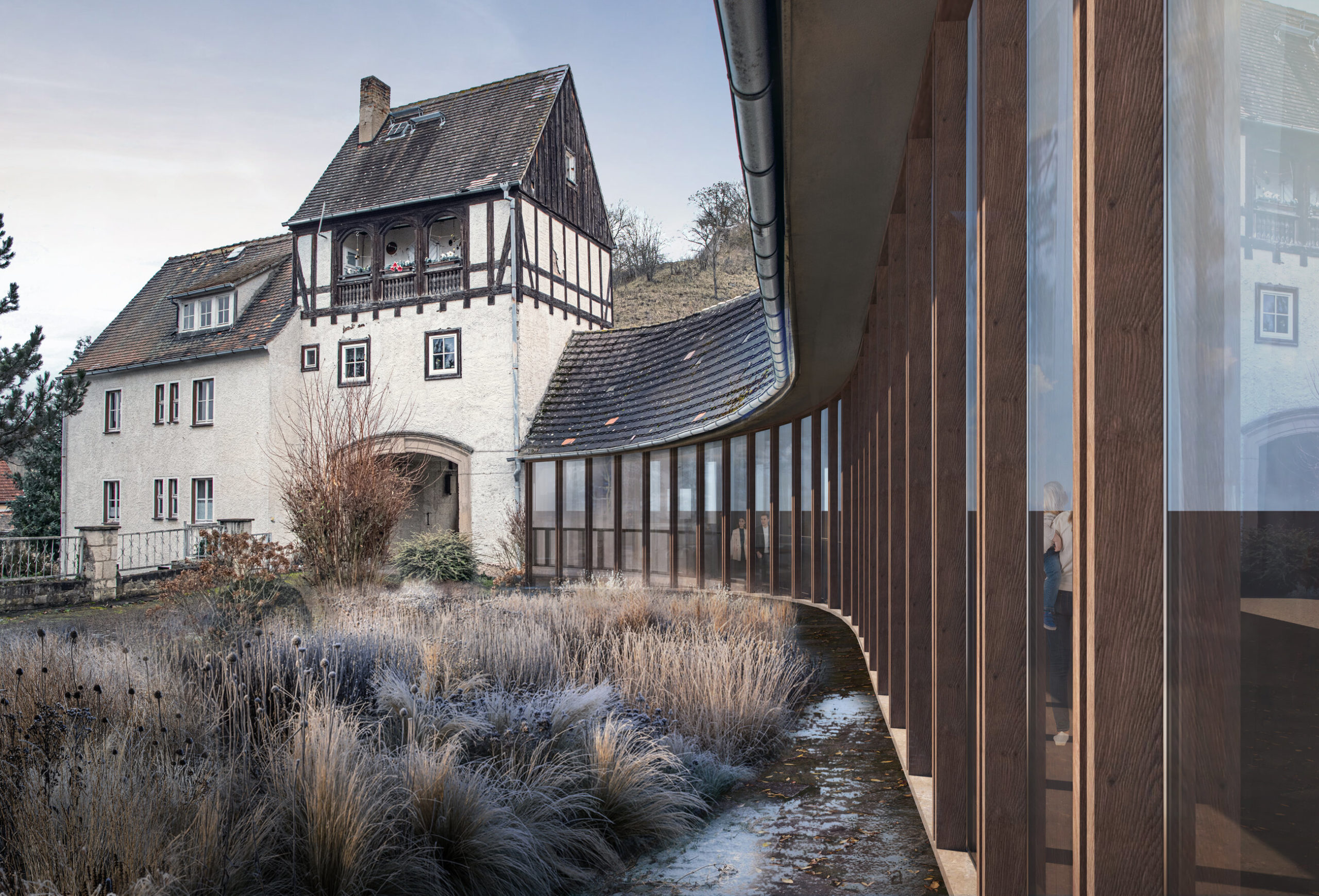 Now the Marzona Foundation, a body set up by art collector and philanthropist Egidio Marzona, is aiming to turn it into the Design Akademie Saaleck or dieDAS.

Dorte Mandrup’s design will add layers to the existing structure, allowing a painful phase in German history to coexist with modern ideas. Some parts of the building will be left unchanged, although bright colours will be added to contrast with the original muted design. A Paul Schultze-Naumburg documentation centre will be created with a glass facade on the site of a former chicken coop to expose his racist ideology.

Dorte Mandrup, said: "It is courageous of the Marzona Foundation and dieDAS to reclaim and bring new values and content into the frames of the Saaleck Workshops – this otherwise very uncomfortable monument.

"Working on the project, it has been very interesting to discuss what happened in the years around 1904 in comparison to the political turbulence and design ideals of today. In this light, I think it is very important to be aware of these seminal moments in our history and to try to act accordingly." Arne Cornelius Wasmuth, dieDAS’ director, said: "The new design approach and strategic interventions will definitely promote successful work on innovative and socially relevant processes and visions for our collective future while keeping the specific uncomfortable history of the Saaleck Workshops in mind."

Work on the project is due to be completed by 2027.