British architect Foster + Partners has designed an Apple store in Union Square, San Francisco as a model for its future projects around the world.

The design is the result of a close collaboration between Jonathan Ive, Apple’s chief design officer, Angela Ahrendts, senior vice president of retail and Foster + Partners.

A giant steel truss structure supports the building, which contains glass staircases on either side of the store. 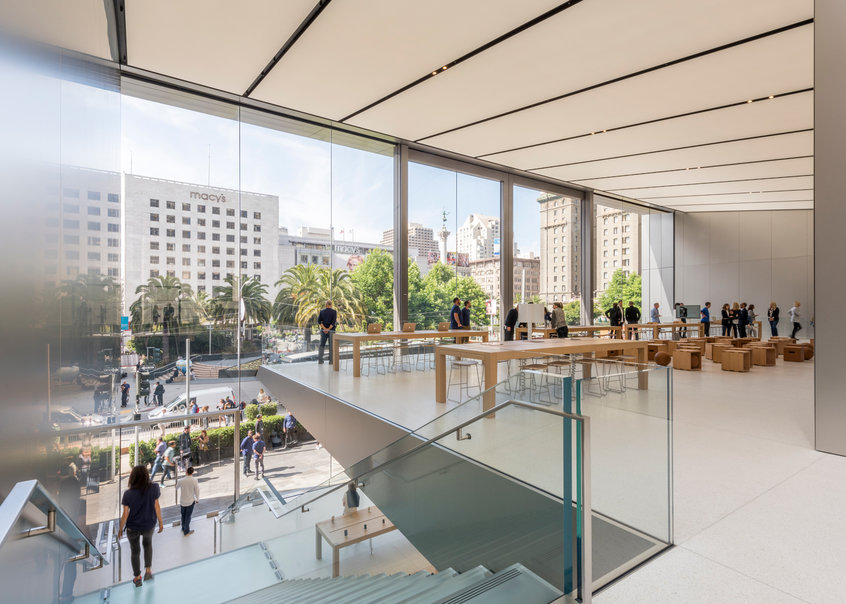 Large glass doors open out to Union Square at the front and a redevelopment of a public plaza at the back; this will be open 24 hours a day, have free Wi-Fi and host concerts.

Fresh air is drawn through the store’s integrated structural spine before being expelled through the roof.

The building is entirely powered by renewable energy, including power produced by 130 photovoltaic panels integrated into the building’s roof.

The development has a luminous white ceiling which appears as an opaque surface during the day and gradually illuminates the space at night. 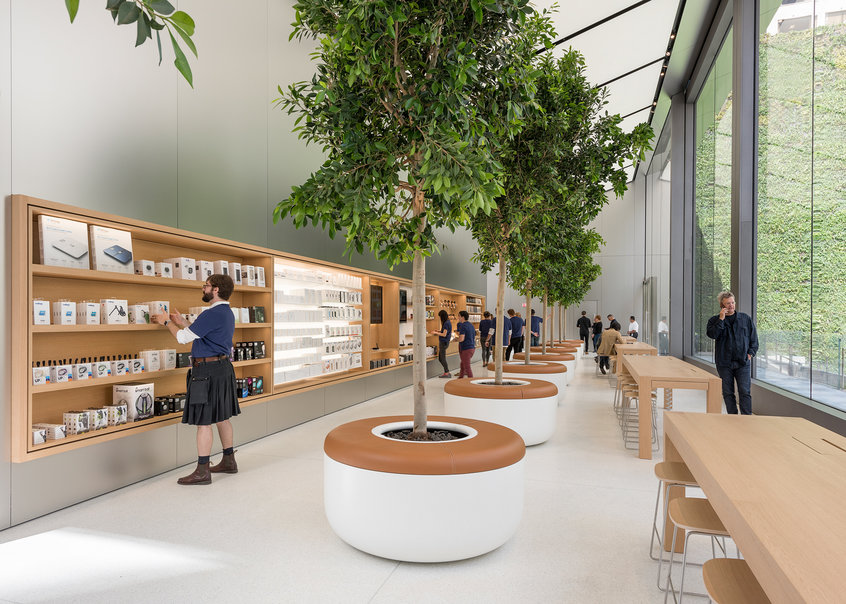 Stefan Behling, a senior partner in the architect, said: "This is an incredible site on Union Square and a chance to create a new public plaza. We have created the most inspiring and stimulating space imaginable, blurring the inside and outside."

Ahrendts said: "Fifteen years ago today Apple opened its first two stores and we’re thrilled to mark the occasion with the opening of Apple Union Square. We’re not just evolving our store design, but its purpose and greater role in the community."