US architect Smith Group plans has won a competition to design a useful piece of public art by combining a vending kiosk with a toilet that uses rainwater to flush its bowl and feed the plants on its green roof.

The competition was organised by the San Francisco Department of Public Works, which is planning to replace the city’s old Parisian-style public loos with something more in keeping with the Silicon Valley aesthetic. The Smith Group’s AmeniTREES concept fitted the bill by offering curvaceous glass and metal pods that can either be used as a lavatory or a vending kiosk.Â 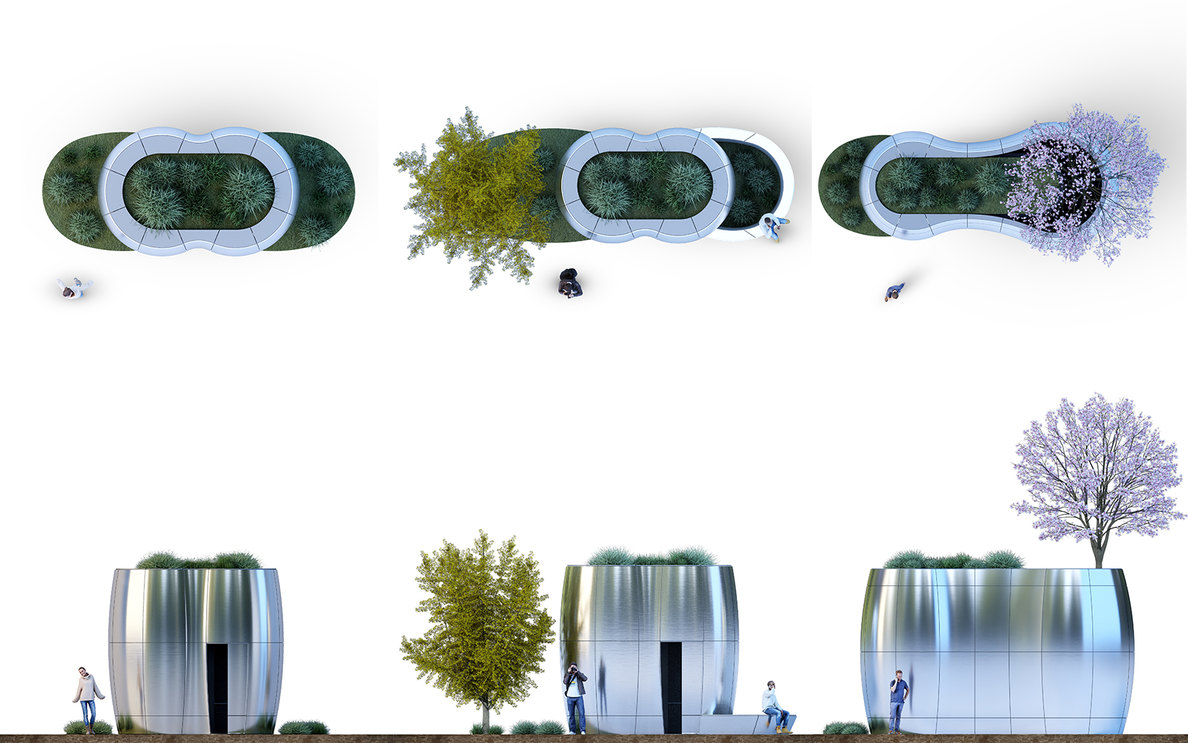 Both designs come with planted roofs and a water recycling system that collects rain to help clean the interior, flush the toilets or water the plants. The vending pods open up to display its wares, and its skin can be used for either static or dynamic public information and advertising displays. Despite the complexity of the pods’ form, Smith Group says they are simple to build and maintain: "The pavilions’ unique sculptural shape displays a sense of complexity, yet, the kit of parts assembly is simple having been composed of repeated and rotated panels."