Heatherwick studio has been awarded planning permission to transform part of London’s Victorian industrial legacy into a 21st-century retail destination.

The $150m project, which is part of Argent’s redevelopment of the King’s Cross area, involves the conversion of two grade II-listed coal drops.

The drops were built in the 1850s and used to store and sort coal brought down from northern collieries by rail before being sold to London consumers. Later on the yards were used for warehousing and light manufacturing before falling out of use.

They will be converted into 65 shops, including five large stores, covering some 10,000 square feet. 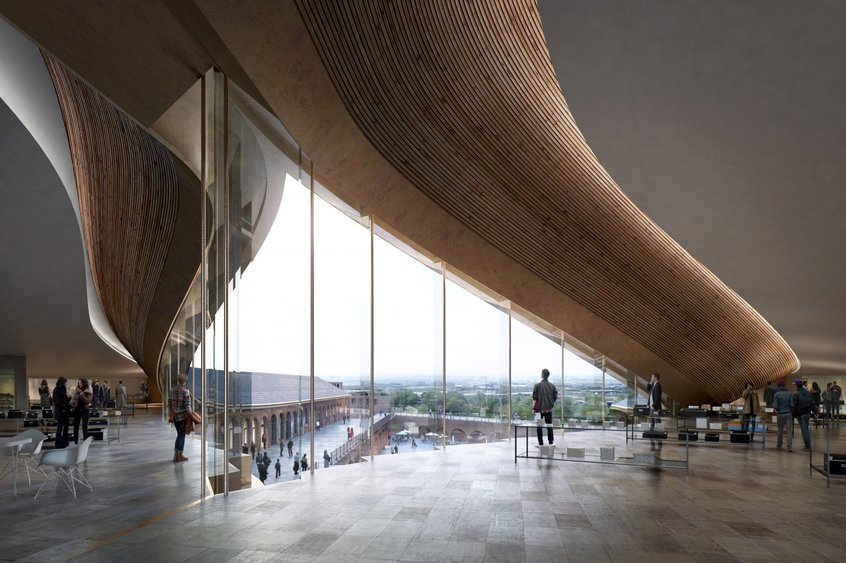 Thomas Heatherwick said: "These historic structures were never designed for people to circulate through and by themselves would have never made a successful retail destination if we did nothing more than clean them and fill them with shops.

"So, rather than adding a foreign structure to connect the old buildings, we chose simply to bend and stitch the two roofs together, forming another level of activity underneath, and framing and weather-protecting a dynamic new public space for the city."

A different view was taken by heritage groups, which made representations to Camden council to reject the scheme.

Alex Bowring, conservation adviser at the Victorian Society, said: "The proposals are an innovative response to a desire for more space. However they pay no respect to the listed status of the Eastern Coal Drops and disfigure the roofscape to the degree of substantial harm."

He added that the planned "kissing" roofs connecting the two coal drops was "unrelated and of little relevance to the structures they cover". 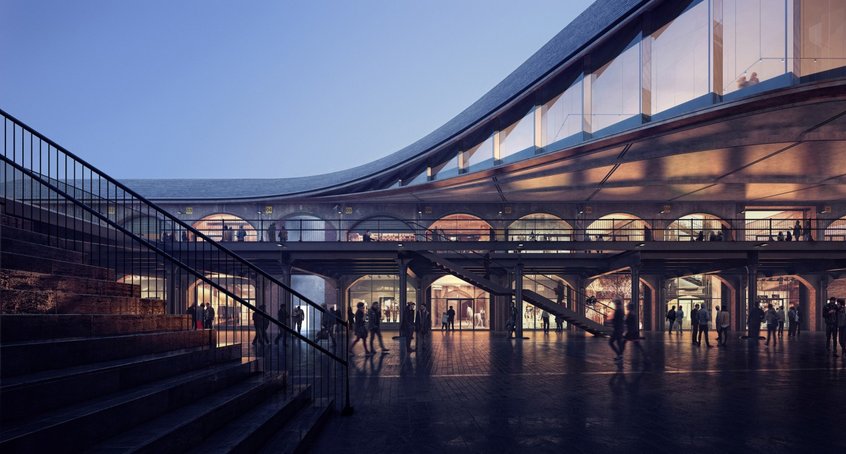 The project is being led by the King’s Cross Central Partnership and was commissioned by Argent.

The council’s planning committee approved the conversion by nine votes to one.

Heatherwick studio recently announced that it would lead the $500m renovation of the David Geffen Hall at the Lincoln Centre in New York.