Construction of the Tianjin Binhai Library in northern China is nearing completion.

The 34,200 metre square building was designed by Dutch firm MVRDV and the Tianjin Urban Planning and Design Institute.

The library is designed around "The Eye", a mirrored sphere in the middle of the development, which contains an auditorium at the centre. 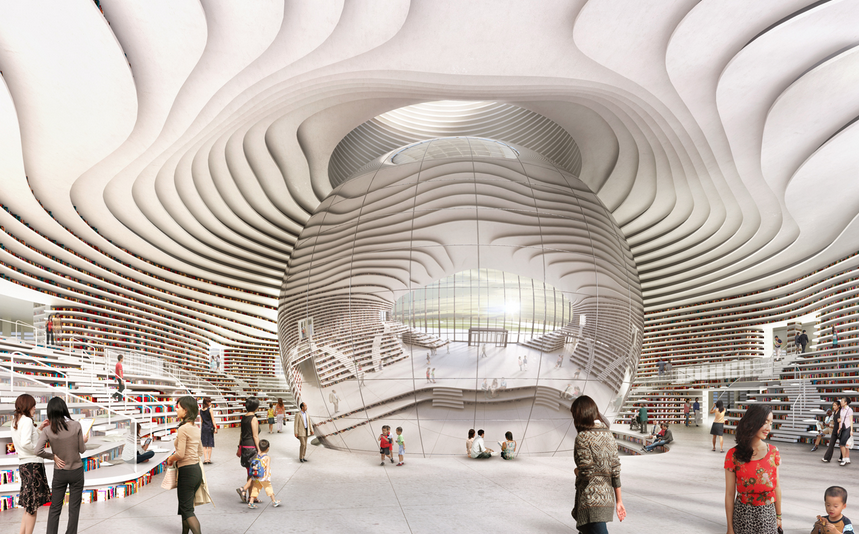 MVRDV co-founder Winy Maas said: "The Eye hollows out the building and creates, out of bookshelves, an environment to sit, to read, to hang out, to climb and to access, to create an organic social space.

"The auditorium mirrors the environment, giving a 360° panorama of the space inside; a truly reflective and pensive environment."

The library has five floors:

The library sits within a sheltered gallery, topped with "cathedral-like vaulted arches" that wind around the building. 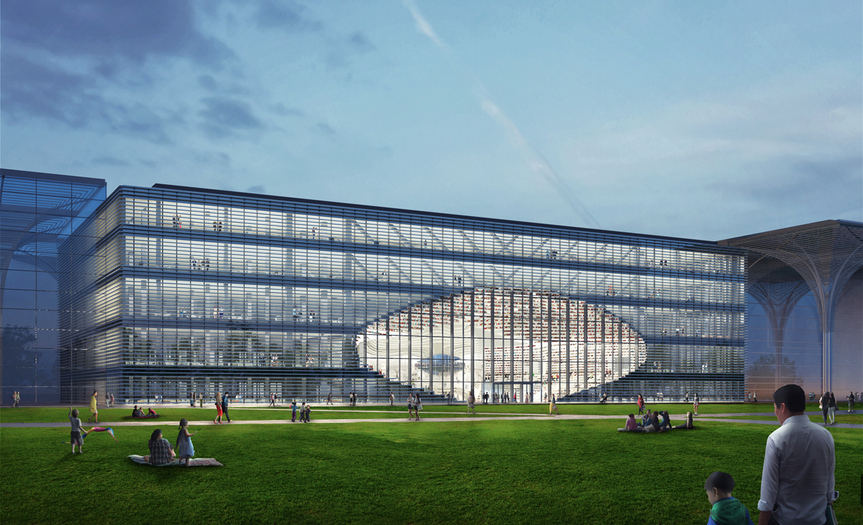 The project aims to act "not only as an education centre but as a connector from the park into the cultural district".

The library is part of the Binhai Cultural Centre spearheaded by German architects GMP, and joins four other buildings that hope to become "cultural corridors".

The other cultural buildings are designed by Bernard Tschumi Architects, Bing Thom Architects and HH Design, and will be located close to the library. 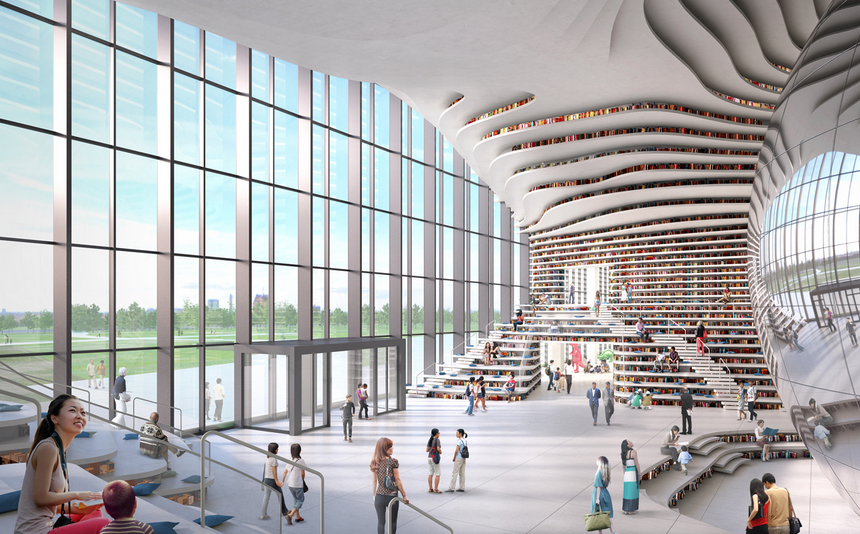 GMP’s 120,000 square metre masterplan aims to accentuate the characteristics of the surrounding districts.