Inquest into Notre Dame focuses on restoration works on spire

Authorities in Paris have opened an inquiry into the causes of yesterday’s fire that destroyed much of Notre Dame cathedral, with a focus on restoration work that was under way.

Scaffolding had recently been erected around the 90m spire, where two small elevators had also been installed. It has been described as a "real technical challenge". 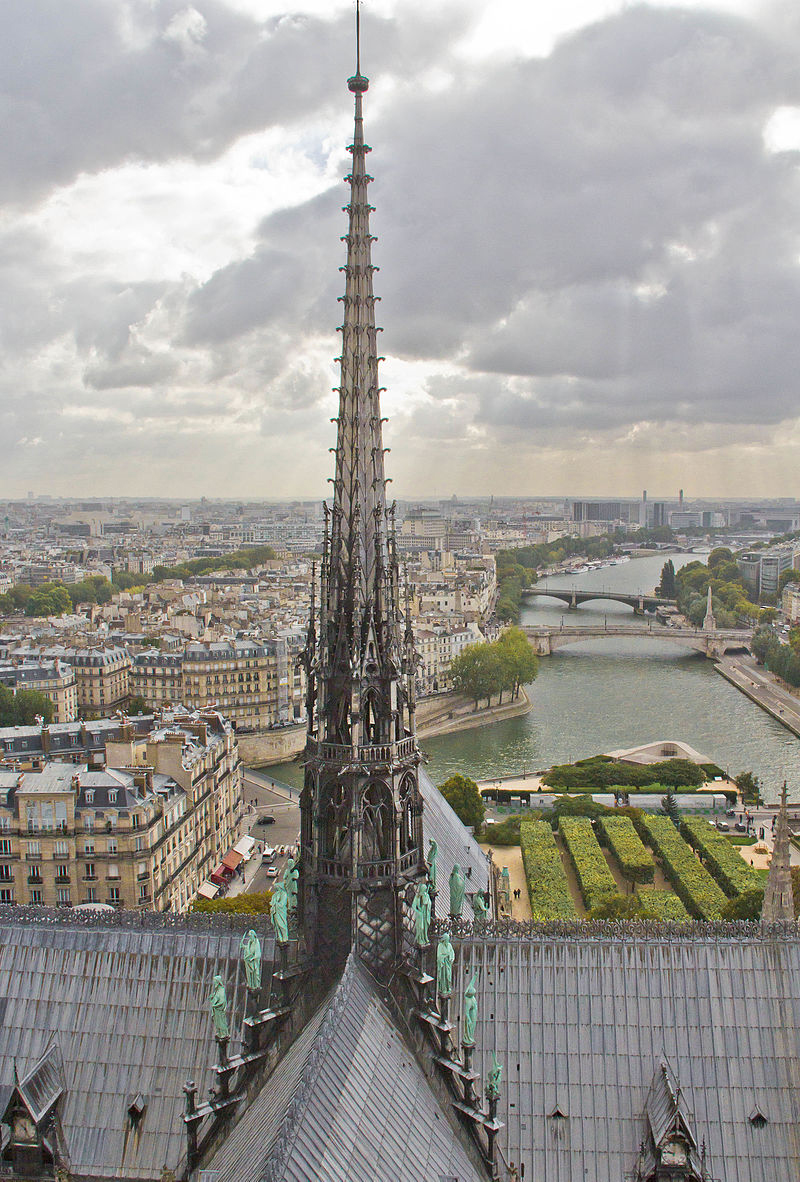 A spokesperson for the Paris fire service said the fire had been extinguished by 3.30am local time today.

Experts will now probe why the fire spread so rapidly, engulfing about 1,000 sq m of the roof.

Meetings took place this morning between architects and engineers to determine the stability of the remaining structure.

The fire appears to have took hold a little after 7pm on Monday, 15 April.

The Direction Régionale de la Police Judiciaire, which is carrying out the investigation, said the focus of the attention would be on the role of the restoration work in causing the fire.

Although the cathedral appeared majestic, much of its decoration and structure had deteriorated. Restoration work was agreed on the 9 May 2017 between the Ministry of Culture and Cardinal André XXIII, the archbishop of Paris.

Work included the renewal of the choir, the ageing stonework of the flying buttresses, the lead framework of the stained glass windows, the spire and the statues on the faÃ§ade, which were increasingly cracked and unstable.

Scaffolding had recently been erected around the 90m spire, where two small elevators had also been installed. This gave access to the spire for several dozen workmen who were employed by a number of companies specialising in heritage restoration, who were expected to be working on it for four years at a cost of €11m.

The scaffolding, which contained nearly 500,000 steel tubes, weighed about 500 tonnes, was erected over a six-month period by Europe Echafaudage at a cost of more than €2m. At the time, Franck Pagnussat, who was in charge of the works for the company, described it as a "real technical challenge".

According to French radio station RTL, the workers had just taken down 16 copper statues of apostles and evangelists, and yesterday had begun work on the spire, which is covered with 250 tonnes of lead and includes intricately carved pinnacles, gargoyles and columns. The renovation was expected to last about 10 years and cost around €60m.

Top image: Scaffolding in place before the fire (YouTube)