Korea to invest in Pakistan’s infrastructure

The Export-Import Bank of Korea is to loan Pakistan US$78m for the Malakand Tunnel construction project in Pakistan’s north-west region.

The loan is the largest ever extended to Pakistan by Korea Eximbank – and the first tunnel construction project – under its Economic Development and Cooperation Fund (EDCF) programme, the bank said.

The project will see a tunnel and access road built in the Malakand section of Road 45, a north-south arterial road extending 309km to Central Asia, and is expected to contribute to the movement of goods and economic activity in the region.Â 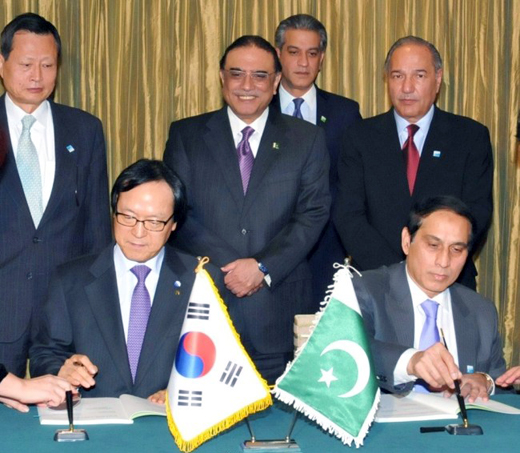 "Pakistan’s abundant labour and natural resources as well as its efforts to attract investment will make it a land of opportunity for Korean firms once Pakistan’s investment conditions improve," said Korea Eximbank chief executive Kim Yong-hwan.

The agreement came during a three-day visit to Korea by Pakistani President Asif Ali Zardari in December last year, during which Pakistan and South Korea signed other bilateral agreements, including for Korea to help modernise Pakistan’s railways.

Under that agreement, Pakistan will seek Korean help with high-speed railways and construction and maintenance technologies for infrastructure including tracks, bridges, overhead electrification and power supply systems, according to Korean media.