A Japanese system designed to monitor structural safety and avoid collapses in the developing world is being tested at three building locations on the Jakarta metro in Indonesia.

The on-site visualisation (OSV) technology was developed by a team at the Kobe University Graduate School of Engineering in Japan. It involves attaching a device to walls and pillars as they are constructed.

The device monitors whether structures are behaving as expected, and displays results in real time via light-emitting diodes (LEDs). 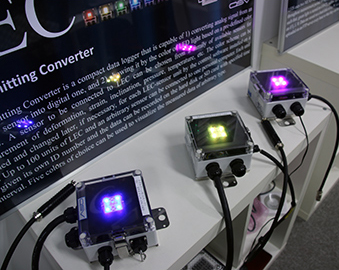 The sensors being tested detect changes in deformation, tilt, pressure, temperature and humidity, and use colours to flag up changes in state and the magnitude of change. Red means "danger of collapse".

The Japanese team is led Professor Akutagawa Shinichi. He pointed out that in many developing countries, an increase in public works was accompanied by a rise in the number of accidents.

"I want to build a human network that combines know-how from different fields to improve levels of safety and security," he said.

The trial, sponsored by the Japan International Cooperation Agency (JICA), will produce information for the OSV Consortium, a project to improve safety at construction sites that began in 2010.

So far, LED systems have been trialled at more than 70 sites in Japan, the Philippines, India, Vietnam and Indonesia.

More information on the consortium can be accessed here.