The UK city of Liverpool is to be the first in the world to have dedicated lanes for fast-walking pedestrians (pictured).

The "fast tracks" will be located in the middle of the Liverpool One shopping centre until the end of this week.

A majority of British pedestrians have told pollsters that they would like a fast lane installed on their local high street to reduce the time spent negotiating dawdling shoppers.

UK retailer Argos conducted a survey and found that 47% of shoppers found the slow pace of pedestrians to be their biggest problem on the high street.

Other bugbears included pavement-hogs, general overcrowding and the need to carry heavy bags.

Andy Brown, central operations director at Argos, said: "Shoppers have also told us that speed is critical when getting around their high street or town centre, so we want to test consumer reaction to a dedicated pavement fast lane. We hope it alleviates some of the biggest high street frustrations." 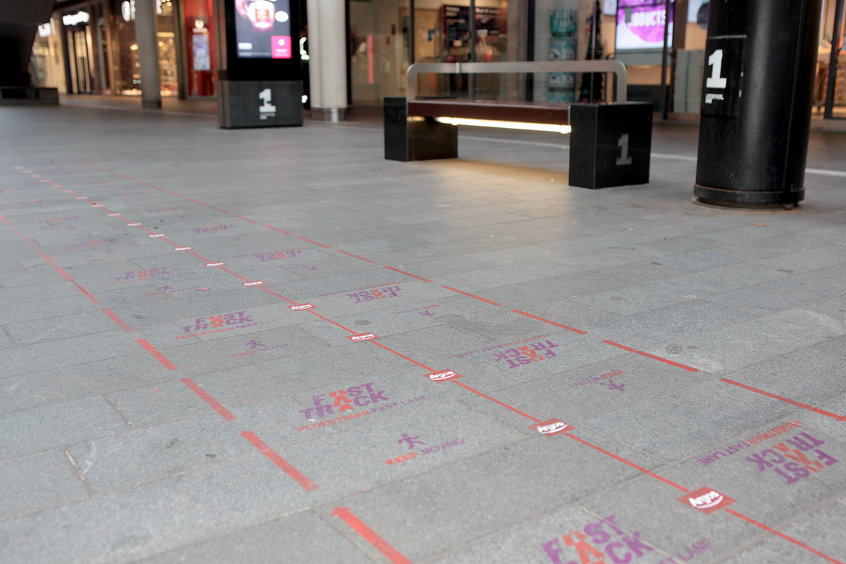 It is unclear whether the lane will be continued after the pilot.

Founders of Skype have recently announced the launch of a company that aims to bring autonomous delivery robots to cities around the world in 2016.