From 2015, a new type of power plant will burn tonnes of London’s waste cooking oils that clog up its sewers to generate electricity.

It must be one of the worst jobs in utilities.

Every day a special squad of "flushers" patrols London’s 109,000 km of sewers, hacking at blockages to keep the system flowing.

And most of the 80,000 blockages each year are caused by cooking fats and oils, which congeal in the sewers and clump together, forming "fatbergs".

It costs Thames Water, the utility company in charge of much of London’s sewers, around £1 million each month to clear, and it’s a horrible task. 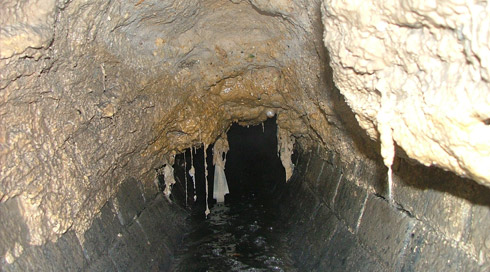 Most of the 80,000 blockages cleared each year are caused by congealed cooking fats and oils (Credit: Thames Water)

"Trudging through the sewers where people have discarded cooking fat makes the job very messy and unpleasant," said Martin Wall, a sewer flusher for Thames Water. "The fat mixes with sanitary items and wet wipes that also shouldn’t be down there, and sets hard. Fat is very difficult to remove, and the smell is disgusting."

But now Mr Wall and his fellow flushers are due some relief from fatbergs thanks to an innovative scheme to capture London’s grease before it goes down the drain and burn it to generate electricity.

A new "green" utility company, 2OC, has signed a 20-year deal worth over £200 million with Thames Water to provide power and heat from a new combined heat and power plant to be built at Beckton in East London.

Burning fuels derived from fats, oils and greases which would otherwise be tipped down the drain or dumped in landfill, the plant will produce 130 Gigawatt hours (GWh) of electricity a year, enough to power just under 40,000 average sized homes. 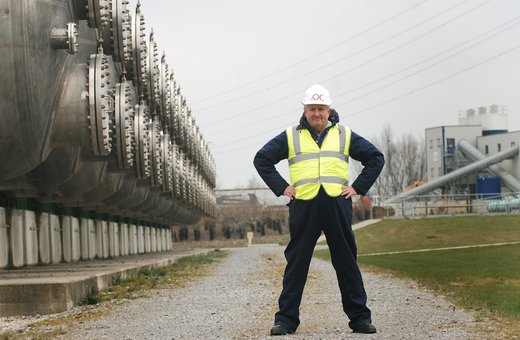 Thames Water will buy 75GWh of that to power its Beckton sewage treatment works, the biggest in the UK, and also a desalination plant.

The rest of the power will be sold on to the national grid.

A 2OC spokesman told GCR that exactly how the fat will be collected from the city’s restaurants and homes is under discussion, and may involve third-party service providers.

Other fuel sources are likely to include oil wastes from food manufacturers, processors and animal fats. There will be no virgin oils from field or plantation grown crops. 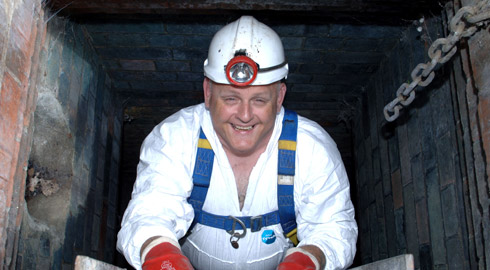 Martin Wall is one of 39 "flushers" who must deal with "fatbergs" (Credit: Thames Water)

A £70-million contract to design and construct the new fat-burning plant has been awarded to London headquartered J. Murphy and Sons Ltd., who will work with Jacobs Engineering. The plant, 2OC’s first power generating plant, is scheduled to start generating power in 2015.

Commenting on the deals, Andrew Mercer, CEO of 2OC, said: "This is the culmination of many years of hard work from my world class team at 2OC. This is good for us, Thames Water and its customers and the environment. Renewable power and heat sourced in London, generated in London and used in London."