The project’s concrete framework was topped out six weeks ahead of schedule in March, and now the final piece of the tower’s 60m spire has been lifted into place. The installation of the spire was completed in just 14 days. Mace has been delivering project management services on the project for Vinhomes since 2015.

To achieve the early topping out of the structure, Mace said it optimised the typical floor cycle time of four days and regularly completed entire floors in just three days. Spire installation took two weeks less than originally scoped, according to Mace, thanks to close work with the contractor.

Landmark 81, which is 150m taller than London’s Shard, is a mixed-use 81-storey tower containing high end apartments and a hotel. It is the centrepiece of Vinhomes Central Park, a development that includes 18 towers in total.

The project has broken records in Vietnam, including the country’s largest ever concrete pour. This involved excavating 25,000 cubic metres of soil, installing 6,500 tonnes of reinforced steel, and using 17,000 cubic metres of concrete to create the 8.5 metre thick pile cap for the tower’s foundations. 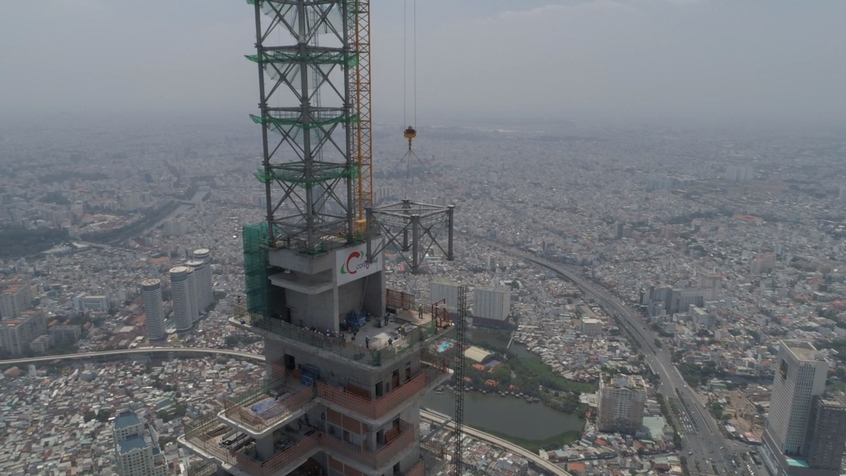 At 461m, Landmark 81 is the tallest building in Vietnam and the 11th tallest in the world (Mace)

John Campbell, Mace’s Country Manager for Vietnam, said: "Landmark 81 is a truly iconic project that will change the face of Ho Chi Minh City forever. It’s an honour for Mace to be able to help deliver such an important scheme – and I believe we’ve made a real difference over the last three years, helping to ensure that such a complex job is delivered ahead of schedule."

A video of the topping out ceremony can be seen here.

Top image: Landmark 81 is the centrepiece of Vinhomes Central Park, a development that includes 18 towers (Mace)