Microsoft has announced a plan to place data centres under the ocean as a way to cut deployment and cooling costs, and locate the units close to their users.

The tech giant has called the initiative Project Natick, and a prototype underwater centre was installed in August last year off the coast of California. The 17 tonne centre, called the Leona Philpot after a character in the Xbox game Halo, ran for a number of months before being retrieved for analysis.

Microsoft’s grand plan is to develop a modular submersible unit that can be deployed within 90 days. This would allow the company to scale up its IT infrastructure whenever demand for online services grows. 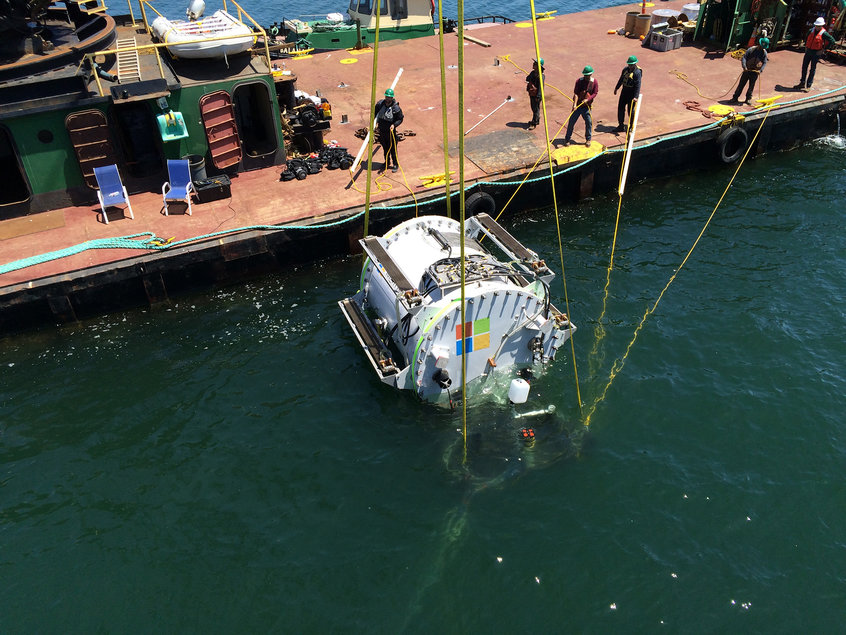 The company notes that half of the population lives near the coast and that it would be help cloud computing systems if the centres were closer to customers.

A Natick data centre is intended to last up to five years, which is the lifespan of the computers contained within. After each five-year cycle, the centre would be retrieved, reloaded with new computers, and redeployed.

The target lifespan of the Natick vessels themselves is at least 20 years.

Project Natick is currently at the research stage and it is unclear if the concept will be fully adopted by Microsoft or other cloud service providers.