Dutch architect MVRDV has won a contract from the Seoul government to transform a stretch of the city’s waterfront.

"The Weaves" will add pedestrian and bicycle paths, natural landscapes and public amenities between Seoul’s Olympic Stadium in the Jamsil district and the rapidly growing business district of Gangnam. 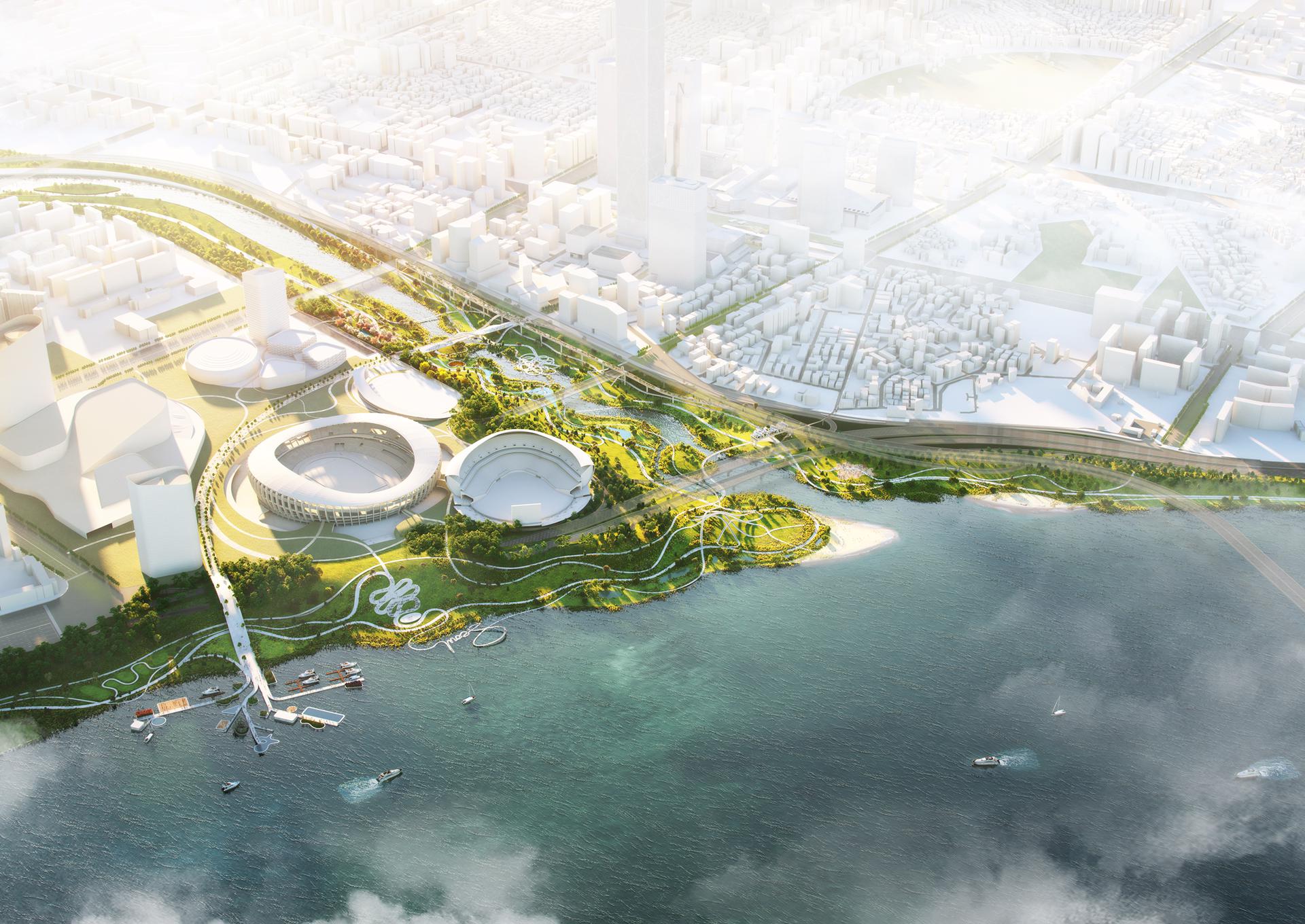 The Weaves will be carried out over three stages. The first will return the "hard landscaping" around the river to its natural state, with vegetation, retention pools, islands, and purification streams.

The second will create a network of "woven" pedestrian paths and the third will be a park with plazas, viewing points, amphitheatres, and cafés.

MVRDV says the development will include a pedestrian bridge that connects Gangnam to the Olympic Park from the river, and an "event dome", where raised paths will form a viewing structure with a semi-covered event space based underneath.

"The Weaves is a design that introduces natural landscape combined with exceptional, varied access. It also responds to the local identity. Jamsil is known for its history of silk production and the design recalls the tangled silk threads of its past in a unique and playful way.

"It becomes an intertwining poem where movement becomes landscape poetry."