Dutch architect MVRDV has published its first renderings of "Crystal Rock", a 6,500 sq m mixed-use office building that has a reflective faÃ§ade and open geometric core.

The Milestone, as it is officially known, is being built for SaarbrÃ¼cken real estate company RVI. It will be located in the Esslingen am Neckar district of Stuttgart. It will have 12 storeys, and a public walkway will run through its centre.

The structure will contain customisable offices on its upper levels and on ground level, the faÃ§ade opens up to a public square with public amenities including a café, restaurant and meeting areas. 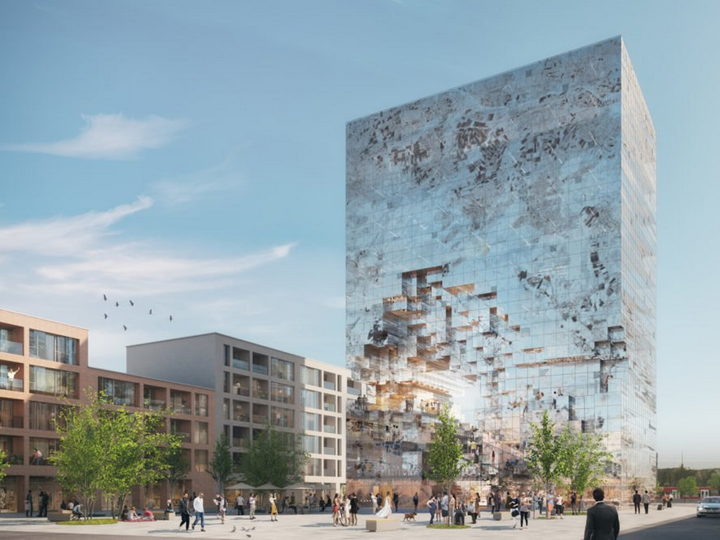 The Milestone’s faÃ§ade is partly mirrored and partly transparent and has sustainable features such as fritted glass to reduce overheating and photovoltaic cells to store and generate energy.

The faÃ§ade also has scannable QR codes which carry information about the city in a pixelated map spread across the building making it both visible and readable. A 3D map is located on the lower part of the building and extends to a height of 40m.

Winy Maas, MVRDV co-founder, said: "This building shows Esslingen to all people who pass by on trains and will become a new symbol to reflect its past heritage and future.

Construction is due to start in 2020.