The government of Myanmar has split a Chinese-backed project to create a district for Yangon, the country’s commercial capital.

"New Yangon City" was conceived as an 8,100-hectare industrial-commercial zone on the less-developed bank of the Yangon River.

The initial work, masterplanned by Aecom, would involve building two bridges, a 13-sq-km industrial estate and commercial and residential buildings.

There are also to be new villages and townships for people displaced by the development.

The total cost of the scheme is expected to be in the region of $8bn.

Later phases are envisaged that will cover an area of 60,000ha, roughly twice the size of Singapore.

In 2018, the New Yangon Development Company (NYDC), an agency set up by the Myanmar government to take the scheme forward, signed a $1.5bn framework agreement with the vast state-owned contractor China Communications Construction Company (CCCC). 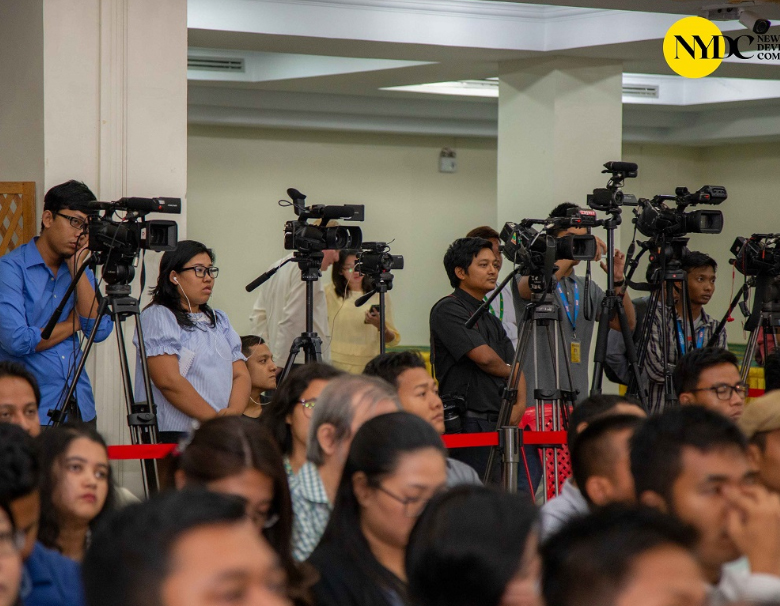 However, it left open the possibility of a so-called "Swiss challenge", which would allow other bidders to come forward with rival proposals.

This allowed the government to deflect criticism that it had given the project to CCCC without going through a conventional bidding process.

In the event, other tenders have been deterred by the scale of the project and the amount of finance required, since NYDC is not providing any.

But on 29 July, investment minister U Thaung Tun said the scheme would be split into a number of smaller projects to lower the bar to entry.

Speaking at a seminar organised by the Japan External Trade Organisation, the minister said: "We shall adhere to international best practice, ensuring that the process is carried out in a transparent manner through competitive tendering, supported by a leading international transaction advisory firm."

A government official told the Irrawaddy news site that the initial project would now be worth "around $800 million".

The NYDC is hiring an international consultant to help compartmentalise the project. 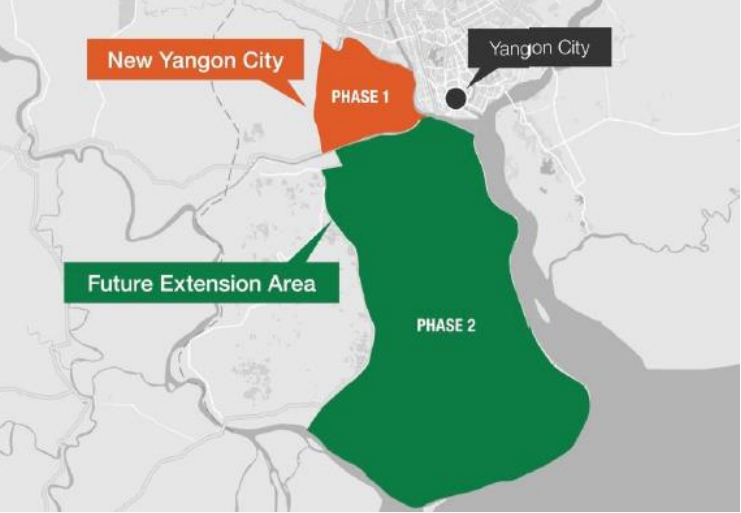 Phase one and two of the planned new city (NYDC)

The first phase will now comprise a 3-sq-km industrial zone, one bridge to connect New Yangon with the old, a 9-sq-km residential area and the resettlement zones.

The official said the government hoped to start work before the end of the year, once a development partner had been found. Three international consultants are thought to be in the running for the contract.

U Khine Win, the executive director of the Sandhi Governance Institute, an NGO that is monitoring the New Yangon project, welcomed the decision to split the project into smaller schemes, saying it reduces the risk that one Chinese company would dominate it.

The institute last month issued a report criticising the lack of transparency in the project’s planning and warning of the risk of flooding. A $100m "ring dyke" was proposed by Dutch contractor Royal Haskoning to counter this.