Opposition to foreign retailers on the rise 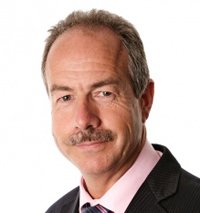 The world’s largest democracy is in full electoral swing. The date has yet to be confirmed, but Indians must go to the polls before May.

As the parties jockey for position, the government’s plan to attract foreign investment into India’s retail sector has become a political football.

The ‘big bang’ reforms announced in 2012 were designed to encourage foreign multi-brand retailers to set up shop in India, bringing in both capital and knowhow.

But progress has been slow – with many global players put off by a persistent lack of clarity on the numerous conditions attached to the policy.

The initiative has also been bitterly opposed by India’s vast network of small domestic retailers, and now some politicians are calling for it to be abandoned.

If the window of opportunity for global retailers is closed before the reforms have truly taken root, this would send dangerously mixed messages to foreign investors.

States of the nation

One of the big stumbling blocks for would-be foreign investors is the stipulation that the final decision on whether to allow FDI should rest with individual state governments, rather than the national government.

This has created a patchwork of pro- and anti-FDI states across India, and raised the prospect of a newly elected state government reversing the pro-FDI stance of its predecessor.

The threat of such policy U-turns is the stuff of investor nightmares – but in January these fears were realised in two states.

Newly elected governments in Delhi state and Rajasthan both withdrew the permission granted by their predecessors to foreign retailers looking to set up supermarket chains.

As a result only 10 of India’s 28 states currently permit FDI, and many politics-watchers are predicting that other states could follow Delhi and Rajasthan’s lead.

The global players that have had the courage to come into India have all shown varying degrees of interest in multi-format retailing, but for the most part their investment plans have been low-key.

One of the first major foreign chains to declare its hand in the India’s multi-brand retail market is Tesco, which in December announced it is to invest $110m into a partnership with Tata Group’s Trent hypermarket division. 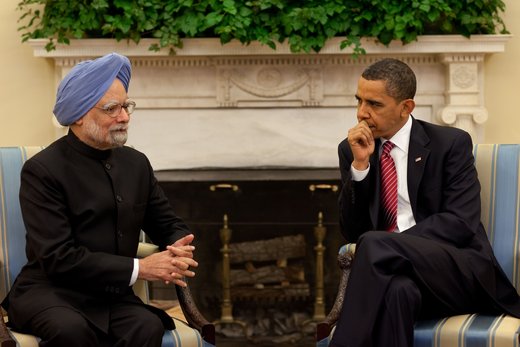 Indian Prime Minister Manmohan Singh with Barack Obama in 2009. Polls predict a defeat in the coming election for Singh’s Congress party, which pressed for opening up to foreign retailers (White House Photo by Pete Souza)

Turner & Townsend, which works with Tesco in several international markets as well as its UK home market, has helped Tesco over the past few years with its first tentative steps into India.

Retailers selling single brands – which unlike multi-brand retailers can own Indian stores outright, and without the need for a local partner – have made greater inroads.

The Swedish furniture giant IKEA is pushing ahead with its plan to invest up to $2bn to set up 25 stores across the country.

But the uncertainties remain for all foreign retailers, and these are heightening as electioneering begins in earnest and populist politicians step up the ant-FDI rhetoric.

Two steps forward, one step back

Almost a year and half since the national government opened India’s vast and lucrative retail sector to foreign players, a stubborn sense of investment risk has limited the market’s appeal.

The fractured and changing picture – with some states allowing FDI and others not – has kept many foreign retailers at bay.

For now, all bets are off during the election campaign. Polls predict the decimation of the ruling Congress party by the opposition Bharatiya Janata Party (BJP). Its policy on retail FDI is unclear, but whichever party wins, they will have to think long and hard before completely scrapping the plan.

Unpopular though it is with voters and the domestic retail lobby, the prospect of foreign supermarkets opening for business in India would also be accompanied by a large cash injection into the Indian economy.

With economic growth dragging, the new government may find it very hard to turn its back on such substantial investment.

But this will be of little reassurance for foreign would-be investors, for whom India’s tempting retail market remains almost as out of reach as ever.