Qatar’s Supreme Committee for Delivery & Legacy has unveiled the first images of Al Rayyan Stadium, the fifth venue to be announced for the 2022 FIFA World Cup Finals.

The stadium was designed by Danish consulting engineer Ramboll and London-based architect Pattern Design. Aecom is the project manager.Â

The ground will be built on the site of Al Rayyan Sports Club’s existing pitch. It will have a temporary capacity of 40,000 spectators in tournament mode, which will be reduced to 21,000 after it is over. The upper tier of seats will be removed and sent to developing nations in need of sports infrastructure. 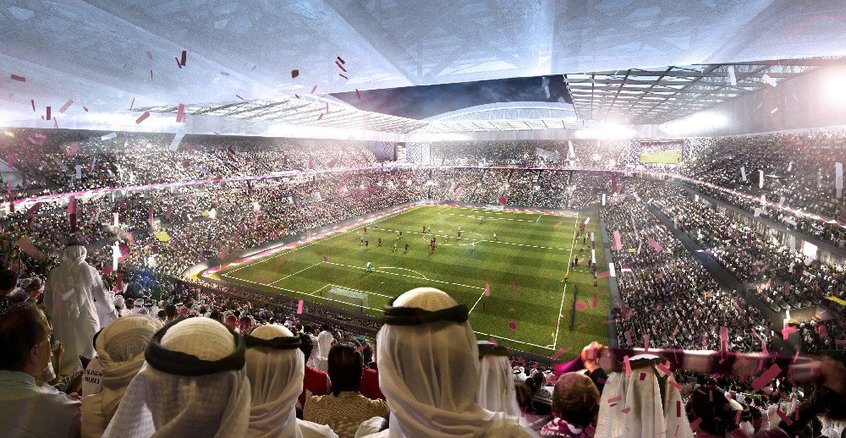 The stadium will be fitted with sustainable cooling technology to promote comfortable conditions for viewers and teams.Â

The design focuses on sustainability, with 90% of materials to be generated from the deconstruction of the current stadium. Some of the materials will be used by local and international artists to create works of public art.Â

The design is intended to reduce the carbon footprint of the development through on-site renewable energy, lightweight building design, the careful selection of materials, and energy and water-efficiency measures.Â Â

The stadium is designed with the goal of certification under both the Global Sustainability Assessment System (GSAS) and Leadership in Energy and Environmental Design (LEED) ratings. Hospitality and services areas will be located outside the stadium.Â

Hassan Al Thawadi, secretary general of the Supreme Committee, said: "Unveiling the design of Al Rayyan stadium is another important step forward in our preparations to host the 2022 FIFA World Cup. We will continue to work tirelessly as our vision for the tournament takes shape on the ground."Â

Last year Qatar decided to drop plans to renovate Al Rayyan and instead demolish and rebuild it.

The stadium’s faÃ§ade will feature a multitude of patterns and designs that draw on the history of Al Rayyan as well as Qatari culture.Â

Aecom has recently appointed a chief executive to drive growth in Africa, and Ramboll has won a contract to develop a light rail system for greater Copenhagen.