London’s property market is often at risk from overheating, but a new report suggests that this may soon be literally true.

Engineering firm WSP Parsons Brinckerhoff has warned that action may be required to protect London from overheating as a result of global warming, including transitioning to "all electric" status.

Its recommendations are contained in a report that warns that the inhabitants of London and the south-east of England will overheat as the effects of climate change, an ageing population, and other factors overwhelm traditional home design.

The first impact may have already been felt during the 2015, a year that looks likely to have been the warmest in recorded history, the firm says.

Current regulations focus on stopping us feeling the cold, but we have yet to find the right solution to uncomfortably hot homes– Barny Evans, WSP

A survey by polling organisation ComRes found that 83% of Londoners suffered from overheating in their home at least once in summer 2015. It also found that residents in newer homes were significantly more troubled by heat than those in older ones.

The WSP report, "Overheating in Homes" says that without action the UK’s health and productivity will suffer as cities become hotter.

Already 2,000 deaths are caused by heat each year, according to government figures.

This survey found that 31% of those who suffer from overheating at night felt tired or unwell the next day.

Barny Evans, the associate at WSP who wrote the report, said: "Current regulations focus on stopping us feeling the cold, but we have yet to find the right solution to uncomfortably hot homes.

"We need to create a robust, industry-wide accepted way of analysing overheating and apply it to all new homes and the environment where they are built."

"This represents an opportunity to build better, more sustainable and ultimately more desirable homes. An increase in population and densification of our cities means we are more likely to live in flats in future, so we need to understand how to build these homes so that they are comfortable for residents now and in the future." 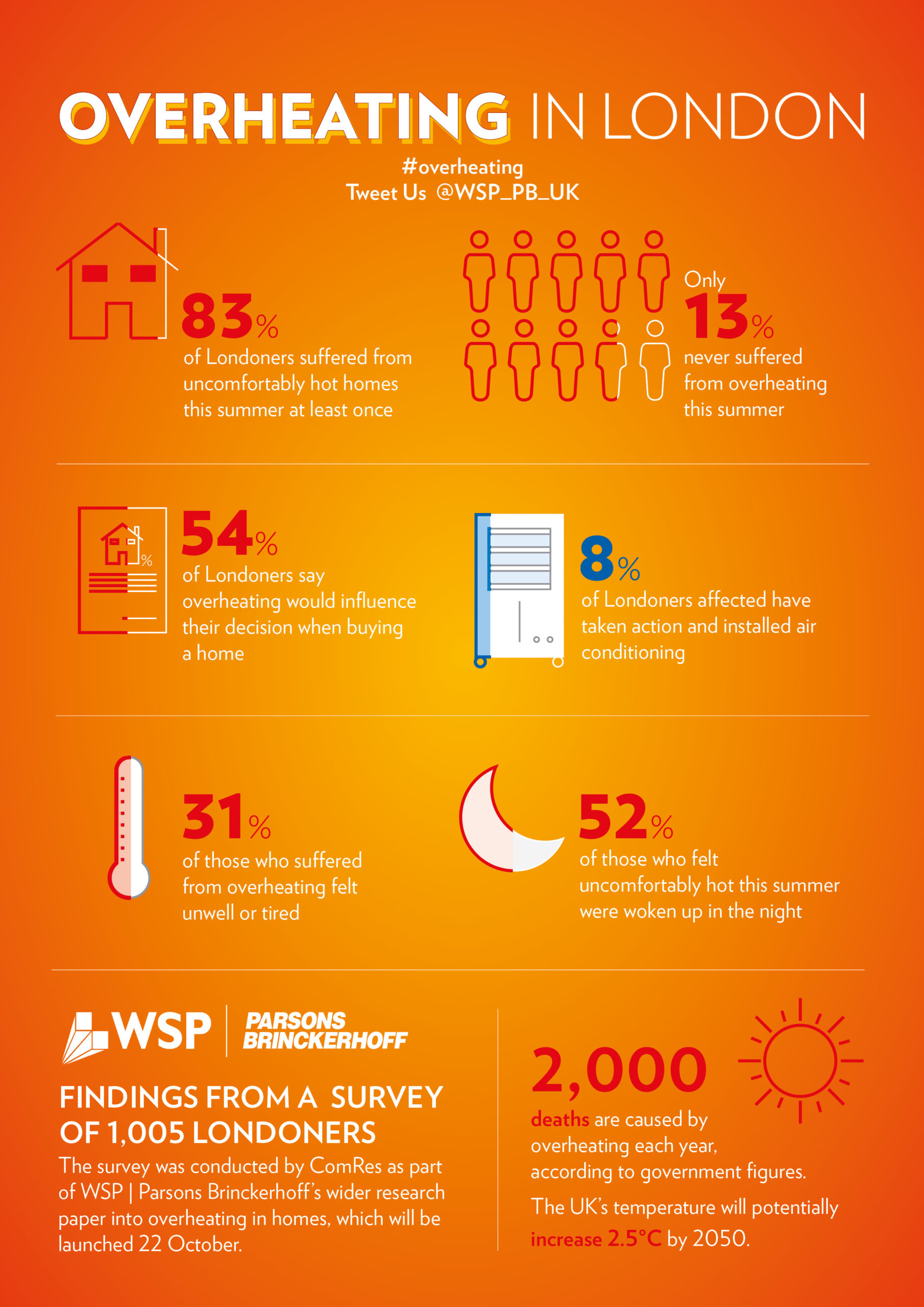 The report proposes the following steps to address the problem: