Retaliating against Richard Branson’s protests over the alleged murder of Jamal Khashoggi, Saudi Arabia has cancelled a deal aimed at bringing a hyperloop to the kingdom, the Financial Times reports.

Branson’s Virgin Hyperloop One (VHO) had been scheduled to sign a feasibility study agreement in a ceremony at next week’s Future Investment Initiative (FII) in Riyadh.

It was to address manufacturing, knowledge transfer and route alignments, says the FT, one of several big media organisations to have pulled out of the FII.

VHO’s chief executive Rob Lloyd had also been named as a headline speaker at the FII event, which was intended to enthuse investors in Saudi Arabia’s ambitious development plans.

But as alarm mounted over the disappearance of Khashoggi after the dissident journalist entered the Saudi consulate in Istanbul on 2 October, Branson protested, breaking off talks over a $1bn Saudi investment in his Virgin space firms, and suspending his directorships in two Red Sea tourism projects.

If the allegations against the kingdom were true, Branson said on 11 October, it would "change the ability of any of us in the West to do business with the Saudi Government".

The Saudi side reacted fast, according to the FT, citing people briefed on dealings among the parties.

"An hour-and-a-half later there was a call disinviting Hyperloop from the conference," said one of the FT’s sources, who added: "They killed the deal."

Branson became chairman of VHO’s board after he invested in the company in October last year. 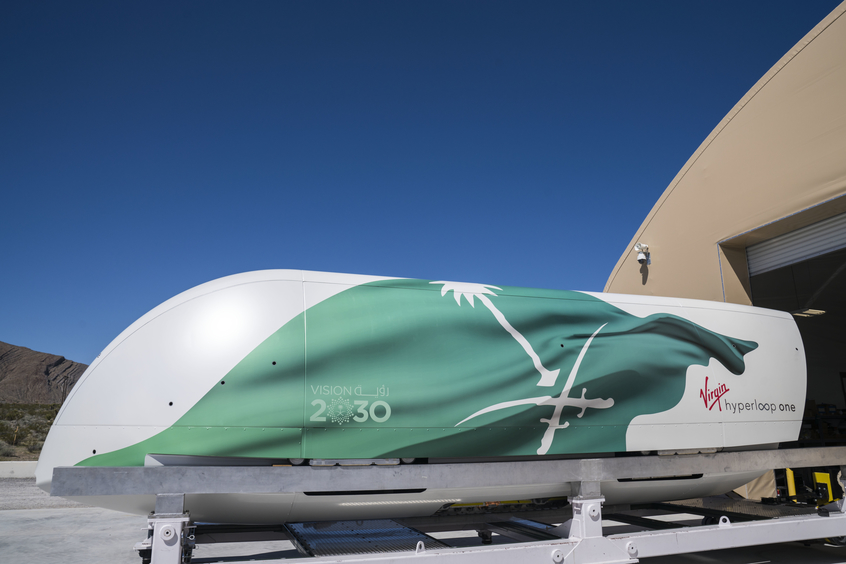 Since Branson’s involvement in VHO, the young company has been courting Saudi Arabia’s de facto ruler, Crown Prince Mohammed bin Salman, with the aim of developing a hyperloop system in the kingdom by linking it to his Vision 2030 programme to transform the country from oil exporter to technology powerhouse.

Dreamt up by Elon Musk, hyperloop envisions pods whizzing through vacuum tubes at speeds of up to 700 miles an hour.

In November last year VHO and the prince’s Misk Foundation announced plans to train Saudi young people in the technologies needed to develop a hyperloop system in the Gulf region.

Then, in April this year, the crown prince visited Virgin Galactic’s test site in Mojave, California to unveil a pod specially decorated with motifs from the prince’s Vision 2030 logo.

There, the parties pledged their commitment to bring hyperloop to Saudi Arabia, which would cut travel times from Riyadh to Jeddah from 10 hours to 76 minutes.

Bin Salman was enthusiastic. "Hyperloop is the catalyst to enable all 4th generation technologies to flourish in the Kingdom while creating a vibrant society and thriving economy through visionary cities and high-tech clusters," he said at the time.

Now that looks less certain, although VHO told the FT that being ejected from the conference did not mean the deal could not be signed in the future.

According to the FT, VHO staff "expressed frustration that the effort had been had been scuppered by the statement from Sir Richard, a minority shareholder in the company".