The privately funded scheme will include the installation of floor-to-ceiling glass on the interior and exterior of the observation deck. The restaurant level will contain a "first-of-its-kind" rotating glass floor for new downward views of the structure. The $100m project, which aims to achieve LEED Silver certification, will spend at least 70% of its funding on local firms and more than 250 construction workers will be employed during development.

The design is by local architect Olson Kundig, which will work with the City of Seattle Landmarks Preservation Board. 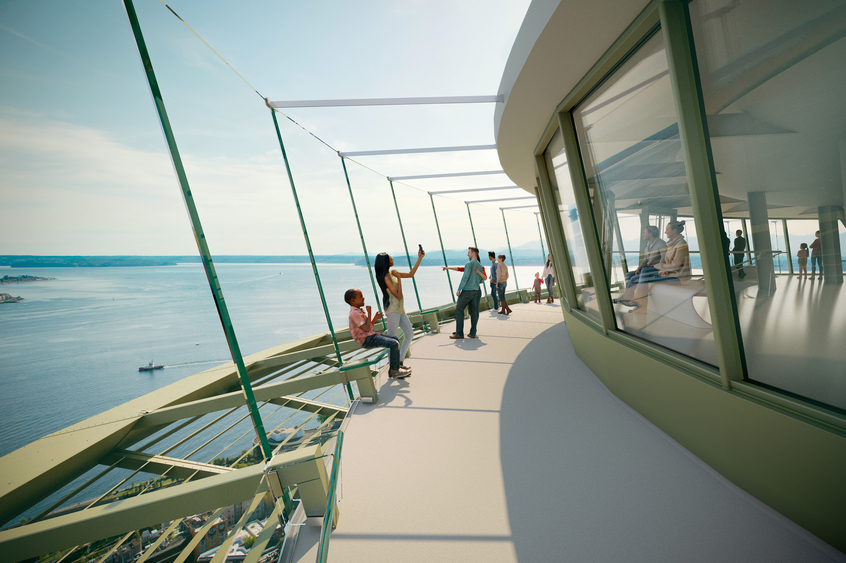 Guests visiting during the construction phase will be able to see the work in progress, including the new sections of the observation deck as they are completed.

The Century Project marks the third major renovation in the Space Needle’s history. A SkyLine event space was built in 1982 at the 100ft level and a new entrance and expanded retail were added in 2000.

The 184m high monument was built in 1962 for the Seattle World Fair. Construction on the update will begin in September, with preconstruction taking place this summer.

The initial phase of construction is expected to be completed by June 2018. Subsequent phases will include the completion of the restaurant and refurbished elevators.