US-based Turner Construction Company has officially started building Malaysia’s tallest tower, which is set to steal the title from the iconic Petronas Towers. 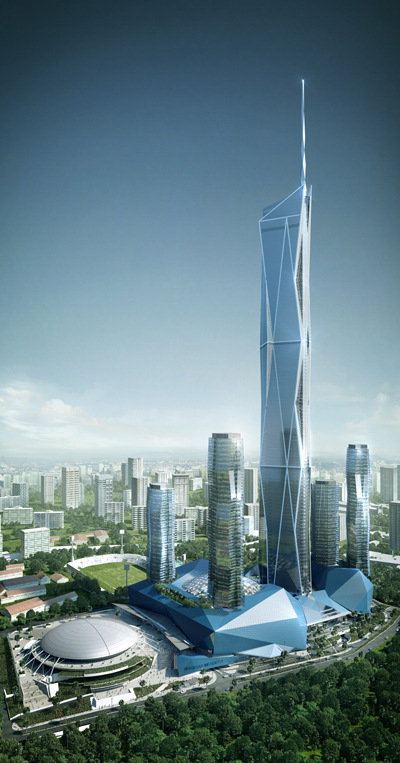 A render of the Merdeka PNB118 tower, by Fender Katsalidis Architects

The structure will be located in a new mixed-use development known as Warisan Merdeka in Kuala Lumpur.

The 88-storey twin Petronas Towers were the tallest buildings in the world between 1998 to 2004.

"The Merdeka PNB118 tower project builds on our experience managing landmark projects in Southeast Asia, as well as our experience delivering technically sophisticated, mega-tall structures in growing cities around the world," said Peter Ramstedt, project director at Turner, which is a subsidiary of Hochtief.

Ramstedt said Turner was honoured to be picked for the project, located next to the historic Stadium Merdeka, which was built for Malaysia’s Declaration of Independence in 1957. Scheduled for completion in 2020, the tower will house PNB’s group of companies over 60 floors, with 23 floors of rentable commercial space and an 18-storey luxury hotel with 236 rooms, as well as multiple sky lobbies and observation decks.

"With Kuala Lumpur as Turner’s regional hub, the growth of the Malaysian market is very important to us," said Ramstedt. "The Warisan Merdeka development will be an iconic landmark, adding to Kuala Lumpur’s attractiveness as an investment and tourist destination and helping to define a new Malaysia."