An influential committee has urged the UK government to build a million new homes along the Thames Estuary east of London, and to build a new railway to the region, in order to tackle deprivation and spur economic growth.

Chaired by Sir John Armitt, who led the London’s Olympic Delivery Authority and now chairs the National Infrastructure Commission, the Thames Estuary 2050 Growth Commission argues that a coordinated development plan would create 1.3 million new jobs and generate an extra £190bn for the British economy by 2050.

The commission, whose members include notables such as architect Lord Norman Foster, Arup chairman Gregory Hodkinson and developer Sir Stuart Lipton, published their report this week, having begun deliberations in July 2016.

It notes that although towns and villages along the River Thames in north Kent and south Essex are on London’s doorstep, there remains "entrenched deprivation" in the area, with a stubborn pattern of low skills and higher-than-average unemployment.

Commissioners insist this could be changed by hothousing economic growth in strategic sectors and backing that up with homes and ambitious transport infrastructure.

Specifically, they recommend extending the southeastern branch of Crossrail, a new railway nearing completion that runs east-west across London, a few extra kilometres east from its current designated terminus at Abbey Wood in Greenwich to Ebbsfleet in north Kent, where it would interchange with HS1, the UK’s existing high-speed railway.

Ministers are said to be warm to that idea, which would cost £1.5bn, reports New Civil Engineer. 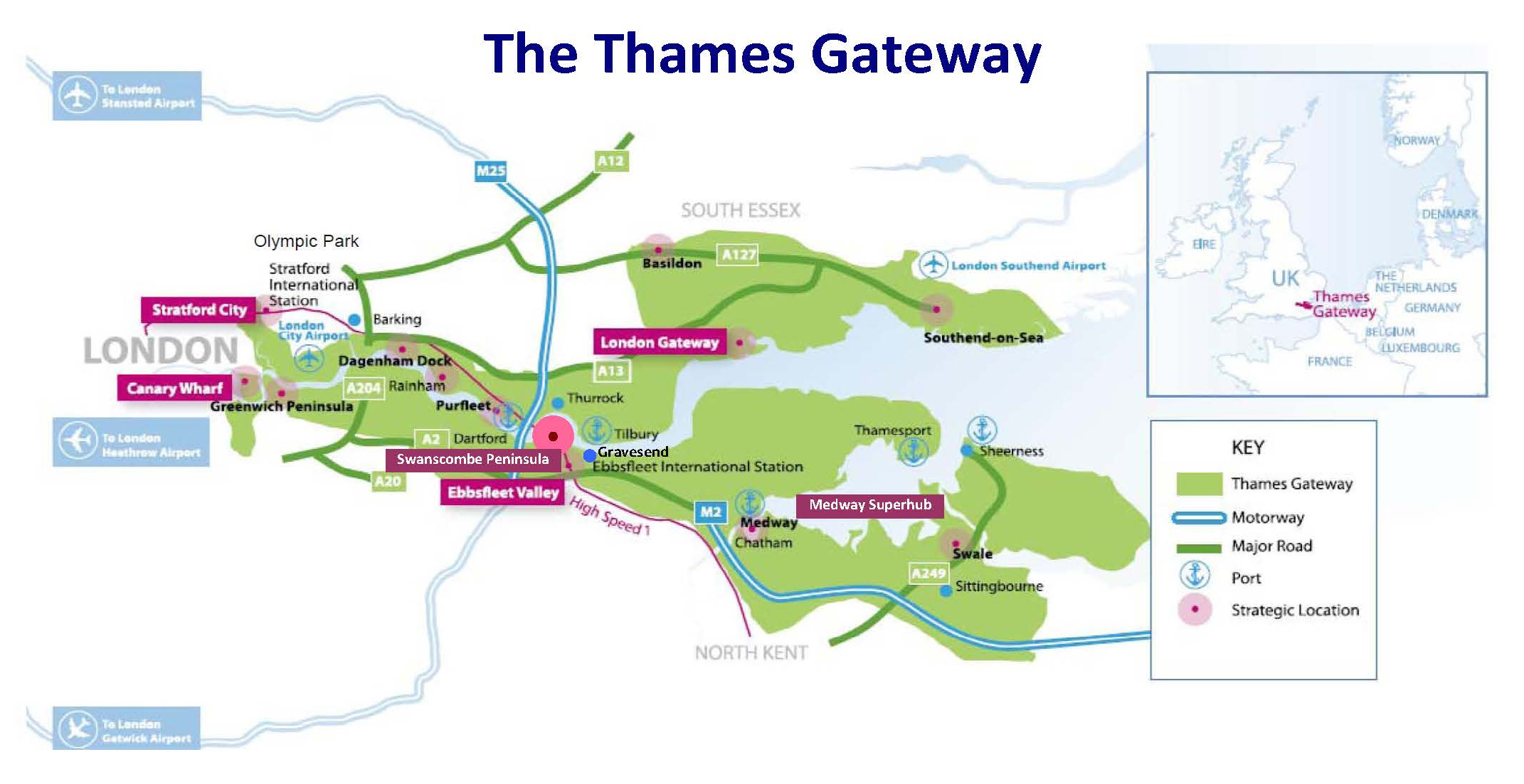 The commission says the extension alone could facilitate up to 55,000 homes and 50,000 jobs in rundown areas, and that government should give £20m right away for detailed engineering, design and financial modelling, with a view to having the link up and running by 2029.

In terms of economic development, the commission envisages a "tapestry of productive paces along a global river", and recommends concentrating investment on five areas.

1. The City Ribbon would run through the eastern boroughs of London, from Tower Hamlets and Greenwich to Dagenham and Havering. This is seen as a growth area for "creative and cultural industries".

2. The Inner Estuary, of Thurrock, Dartford and Gravesham, which would be an area of connectivity, based on the Crossrail extension and the port of Tilbury. Highlights of this plan include a medical campus at Ebbsfleet and a transport innovation zone, with consideration for autonomous vehicles.

3. To the north of the Thames is the South Essex Foreshore, including Basildon and Southend-on-Sea. The plan envisages the regeneration of rundown town centres and the creation of advanced manufacturing centres based on the biotech and aviation industries.

4. On the southern side of the estuary is the North Kent Foreshore, including the Medway towns and Canterbury. The commission suggests that this area be another centre for medical research, centred on a corridor from Chatham to Canterbury.

5. The fifth area is the River Thames itself, which will be developed by new links between Essex and Kent, in particular the Lower Thames Crossing (pictured), which is being planned as two tunnels costing up to £6.2bn, and which is presently up for public consultation. 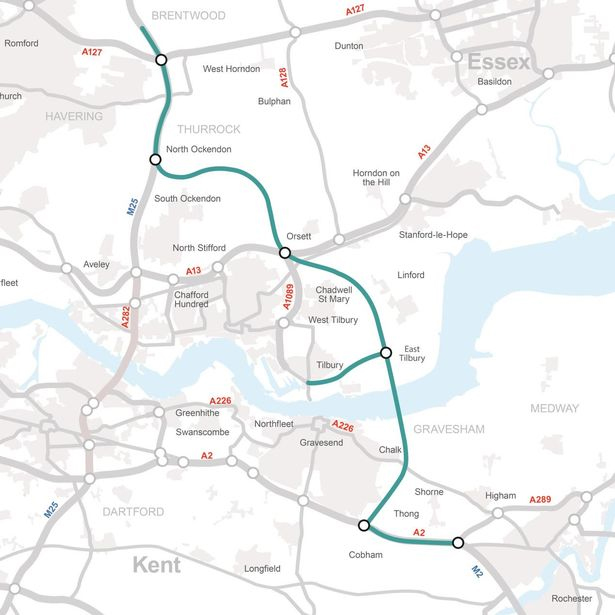 The government responded to the report by saying it would will make an announcement "within the next six months" if it will fund any of the commission’s proposals.

James Brokenshire, the secretary of state for communities, said: "The Thames Estuary has enormous untapped potential and we are determined to unlock this to drive both local and national economic growth.

"The Commission has provided us with bold and ambitious set of recommendations, which we will consider in detail and respond to in due course."