The US Office of Foreign Assets Control (OFAC) has sanctioned Laureano Ortega Murillo, the son of Nicaraguan President Daniel Ortega and his wife, Vice President Rosario Murillo, accusing him of using the country’s moribund interoceanic canal scheme to launder money and acquire property. 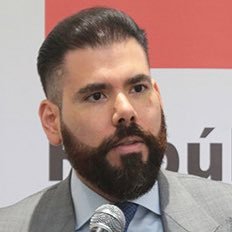 The move is linked to sanctions against Venezuela, as BanCorp is a subsidiary to the Venezuelan government-funded Alba de Nicaragua, S.A.

On the same day (17 April), OFAC sanctioned the Central Bank of Venezuela and a Venezuelan government official.

The US said Laureano and the bank support a regime that, since April 2018, "has cracked down on political opposition, leading to the death of 325 persons, the injury of more than 2,000, the imprisonment of hundreds of political and civil society actors, and over 42,000 Nicaraguans seeking refuge in Costa Rica".

It said Laureano is an extension of the president’s regime in his role as Investment Promotion Advisor for the Nicaraguan government agency, ProNicaragua, and that, as of 2018, he "engaged in corrupt business deals in which foreign investors paid for preferential access to the Nicaraguan economy".

Additionally, he coordinated executive tasks for the Nicaragua Grand Canal project, "and was at the center of its creation", OFAC said.

"Despite the project’s loss of momentum, Ortega regime figures, including Laureano, continue to use the Nicaragua Grand Canal Company as a means to launder money and to acquire property along the planned canal route," read the OFAC decision.

In 2013 Nicaragua’s parliament granted Hong Kong-based company HKND licence to build and operate the 276-km canal across the country. Costing an estimated $50bn, it was to link the Atlantic and Pacific oceans to rival the Panama Canal, but no significant work has been undertaken since the ceremonial launch in December 2014.

The measure freezes all property and interests of the designated entities in the US.

"President Ortega, Vice President Murillo, and members of their inner circle continue to engage in blatant corruption, violence, and violations of basic human rights," said Sigal Mandelker, Under Secretary of the Treasury for Terrorism and Financial Intelligence. "The corrupt Ortega regime has ignored the Nicaraguan people’s calls for reform, including the freeing of all political prisoners, and early transparent elections."