It may have busted its original cost estimate, but the mood was positive as education minister for New South Wales (NSW) this week opened the first level of the Australian state’s first high-rise school, the 17-storey Arthur Phillip High, located in the growing Parramatta central business district in western greater Sydney.

Designed by Grimshaw Architects in association with BVN and built by Besix subsidiary Watpac, the high-tech building will give its eventual 2,000 students open and flexible learning spaces, bird’s-eye views of the surrounding city, and breezy, high outdoor spaces protected by steel mesh.

One of several planned in Australia, Arthur Phillip High was envisaged as a showcase for multi-storey schools amid Sydney’s increasing urban density.

"We have been able to get a first-hand opportunity to experience how the innovative learning environment will operate here at Arthur Phillip, the first high-rise public school in NSW," minister Sarah Mitchell said on 25 July.Â

She was joined by local NSW parliamentarian Geoff Lee, who said the school "harnesses the very latest in education to offer students the very best learning environment".

The first floor will be home to year seven pupils. The building is forecast to be complete in late 2019.

The innovative project has cost more than triple the amount originally set aside by the NSW government in 2015, which was A$100m for both Arthur Phillip High and the redevelopment of neighbouring Parramatta Public School, as recorded by Turner & Townsend, the UK-headquartered consultant hired to provide cost management and advisory services.Â

That optimistic figure soon came under pressure amid local council planning issues, delays for archeology, changes in response to input from teachers, and rising industry costs as construction boomed in Sydney.

By the time work at site commenced in mid-2017 the reported cost for the scheme had risen to around A$250m. 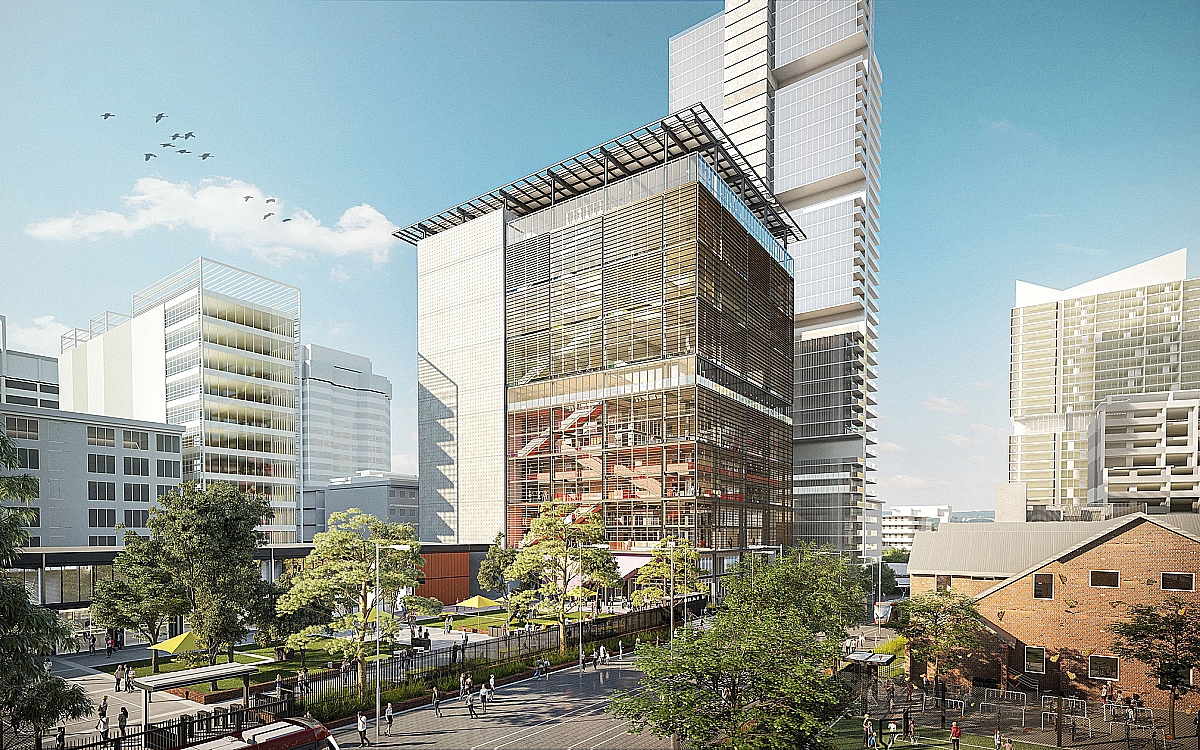 "This is not an exercise in saving money, this is an exercise in building a superb landmark school right in the centre of the emerging capital of Sydney," he told local media at the time.

As of this week, the cost of the two-schools project stood at A$325m, with Arthur Phillip High itself costing $225m, reports The Sydney Morning Herald.

In January this year, Rob Stokes (since succeeded as education minister by Sarah Mitchell), told the Herald that vertical schools were no longer a preferred option in part because they were complicated to build and expensive to manage.

Whether super-high high schools become a norm in Australia remains to be seen, but this week politicians were accentuating the positive.

"This is just another way the NSW Government is prioritising education across the State, and ensuring our kids have access to state-of-the-art learning facilities for years to come," said Mitchell.