The government of Vietnam plans to present bills to its National Assembly paving the way for a $56bn plan to build a high-speed rail line between Hanoi and Ho Chi Minh City. 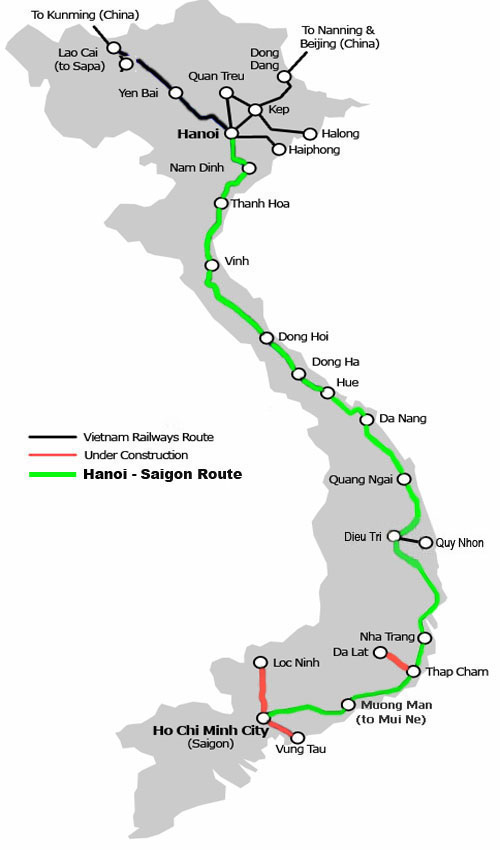 The scheme, which has been on and off the drawing board over the past two decades, would cut the time taken to travel the 1,137km between the country’s two main urban centres by rail from 30 hours to five and a half, assuming the trains travel at 350km/h, the upper limit for high-speed rail.

The present rail link is provided by a rickety 1,726km single-track metre-gauge system.

The National Assembly last considered the project in 2010, before concluding that the cost was impossible to meet: $56bn was equivalent to 45% of Vietnam’s GDP then, although it is less than 25% now.

Work on the project began in 2016 with a pre-feasibility study to analyse the effects of the line on Vietnam’s economy and its ability to fund it. This concluded that, given the country’s rapid economic growth, the line was a realistic possibility.

That work was partly funded by the government of Japan, which is hoping to sell its shinkansen "bullet" trains to the project.

The Nikkei Asian Review reports that the line would open in stages as soon as 2030, starting with a 280km link between Hanoi and Vinh as well as a 360km portion connecting Ho Chi Minh City and Nha Trang.

The rest of the line would be funded by revenue gained from the two completed sections, with the project expected to be completed in 2045.

However, doubts about funding remain. The state is set to provide 80% of finance, but the country has capped public debt at 65% of GDP, leaving little headroom for borrowing to fund the scheme.

At present there are some 50 flights a day between the two cities, carrying 7 million people a year, making Hanoi-to-Ho Chi Minh the busiest domestic route in Southeast Asia and the seventh busiest in the world.