Shares of French construction giant Vinci lost 20% of their value yesterday after a sophisticated internet hoax spread panic in the market. 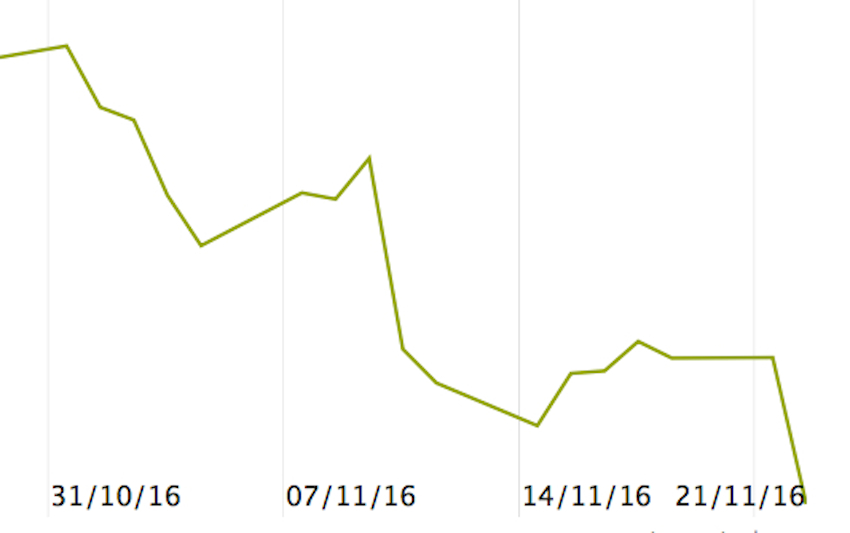 Their value lost $5bn after Bloomberg and other media outlets reported that the company had fired its chief financial officer following accounting irregularities worth several billion euros.

The company seems to have been the victim of a plot to crash its share price, apparently as a political protest against its activities in France, Russia and Qatar.

Prices started to recover later in the afternoon after the company issued a statement saying "Vinci denies formally all the information contained in this fake press release and is investigating all legal actions in furtherance thereof". By close of trading in Paris the company’s shares were 3.8% down on the day.

The statement was sent from a fake email address and included a link to a website that imitated Vinci’s official website and listed a bogus phone number to reach Paul-Alexis Bouquet, a real company spokesman.

A man who identified himself as "M Bouquet" answered a call made by Dow Jones Newswires to the bogus line and confirmed the fake statement. The phone line was deactivated later in the afternoon.

The statement was then apparently confirmed by a partial denial, also bogus.

An anonymous email was later sent to media outlets claiming the attack was in retaliation for damages done by Vinci to the environment in France and Russia, and to protest against the company’s treatment of migrant workers in Qatar.

The company may have some reason to feel aggrieved by the accusations: earlier this month it combined with rival Bouygues to lead the team that placed a steel and concrete arch (pictured) over the remains of the Chernobyl nuclear power plant in Ukraine – one of the more remarkable achievements of the global construction industry in recent history.

Image: Among Vinci’s recent projects is the Chernobyl arch (EBRD)