The ability of computers to create digital environments that humans can walk through has moved closer with the combination of the omnidirectional treadmill and the virtual reality headset. Together, they allow architects, engineers and building owners to experience a building or an urban area before either exist.

We see huge potential for virtual reality technology to help solve the UK’s transport problems at a lower cost and without the associated risks of testing new technology in a live environment– Graham Fletcher, TSC

The UK’s first example of the system opened last month at the Milton Keynes headquarters of the Transport Systems Catapult (TSC), one of a number of government-sponsored groups set up to accelerate technology in strategic areas of the economy.

The TSC’s "visualisation laboratory" combines a 6-metre-wide omnidirectional treadmill made by Swedish company Omnifinity – originally developed to train soldiers for battle – with an advanced headset, the Oculus Rift DK2.

Together they let the viewer walk through virtual landscapes on the scale of an entire city, which TSC says allows the kind of research that so far has required the construction of test towns.

"We see huge potential for virtual reality technology to help solve the UK’s transport problems at a lower cost and without the associated risks of testing new technology in a live environment," said Graham Fletcher, modelling and visualisation director at TSC. 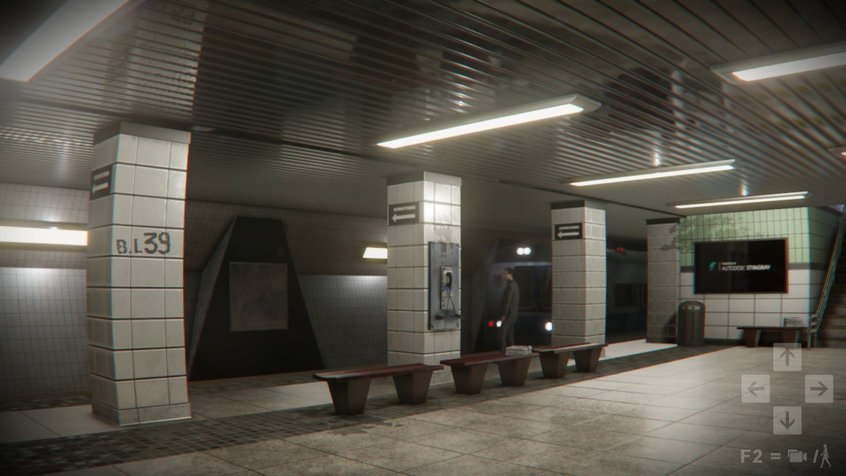 One possible use is testing driverless cars. Subjects could walk around interacting with autonomous vehicles being controlled by algorithms.

"We have already had interest from major manufacturers in testing their vehicles in this way before implementation on UK roads," Fletcher said.

Other expected applications for the Omnideck include:

Meanwhile, the makers of design software have begun to produce products for the virtual reality and augmented reality markets.

Autodesk launched the Stingray engine at the Game Developers’ Conference in Cologne, Germany on 3 August.

This is initially aimed at 3D games uploaded to VR headsets such as Oculus Rift, but Chris Bradshaw, Autodesk’s senior vice president for media and entertainment, said it could also be used for architecture.