Why Sweden beats the world hands down on prefab housing

A recent study on the global uptake of prefabricated housing has found that Sweden beats the world hands down.

About 84% of detached houses in Sweden use prefabricated timber elements, while in developed economies such as the US, Australia and the UK, no more than 5% of permanent housing has any significant prefabrication.

Countries in mainland Europe such as Germany and the Netherlands are pursuing the technique more seriously.

These nations have fallen behind because they have lacked the demand drivers of leading countries, including extreme weather, earthquakes or environmental activism– Brisbane’s Queensland University of Technology researchers

In Germany 9% of new residential building permits are for prefabricated buildings, while in the Netherlands 20% of all new housing uses wood or concrete prefabrication, say researchers Dale Steinhardt and Karen Manley, of Brisbane’s Queensland University of Technology.

Japan is another world leader. There, up to 15% of new detached/semi-detached houses are prefabricated.Â

In a submission to GCR Steinhardt and Manley report that "many prefabricated home builders in Japan are very large and operate advanced manufacturing facilities, with the largest producing more than 10 thousands houses annually".

Japan is pushing its housing industry towards "mass customisability", they say.

"The extremely large Japanese housing industry, which produced more than a million new houses as recently as 2008, facilitates the ongoing development of these research-intensive prefabricators which thrive on feeding a consumer segment that values high quality durability against natural disasters like earthquakes."Â

While the US has traditionally had a substantial interest in manufactured homes, they’ve tended to be synonymous with low-cost "trailer homes" rather than mainstream housing.Â

Unlike the Japanese market, they have been unable to harness their large population, albeit much less dense, to drive large prefabrication firms. 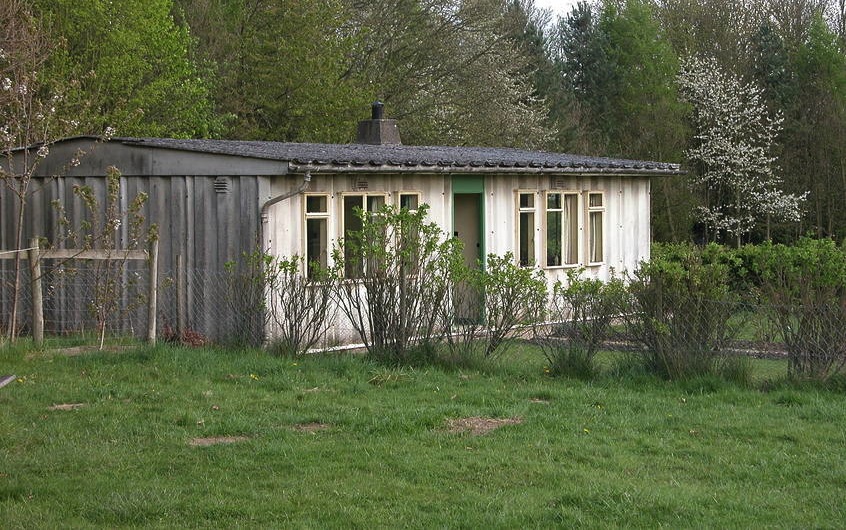 One of many thousands of prefab bungalows built in the UK as temporary housing after WWII. This one is preserved at the Chiltern Open Air Museum and is a Universal House Mark 3 design (Dorothea Witter-Rieder/Wikimedia Commons)

In Australia and the UK, traditional, craft-based building methods still dominate despite long-standing modernisation drives from industry groups, and despite historical experience – in the UK, many thousands of prefab temporary bungalows were built to tackle a shortage after WWII, while in Australia school buildings and mining camps have regularly been prefabricated.

The authors attribute Sweden’s success to its freezing winters and environmental activism. Japan is perhaps driven by high population density and the threat of earthquakes.

What excuses do the US, UK and Australia have? "The clearest result of the study … is that these laggard nations have fallen behind because they have lacked the demand drivers of leading countries, including extreme weather, earthquakes or environmental activism," said the researchers.