Work has started on a $113m Ferrari theme park to be located in the PortAventura resort nearÂ  Barcelona.

The 75,000 square metre attraction is being developed by the Italian car maker. It will contain several rides, a five-star hotel with 250 rooms, restaurants, shops and a large simulation areas for car racing.

It will also contain a 112m vertical accelerator to give passengers a Formula 1 experience by taking them to 180km/h in five seconds.

Tourists will also be able to ride the highest roller coaster in Europe, which will have a height of 112m.

Sebastian Vettel, the German racing car driver, laid the first brick of the park while in the country for the Spanish Grand Prix.

At the ceremony, Vettel said the roller coaster would get close to replicating the feeling of driving an F1 car. He said: "Not everyone has an opportunity to drive a Ferrari and especially an F1 car. This is a great chance to give a similar emotion and feeling to the people." 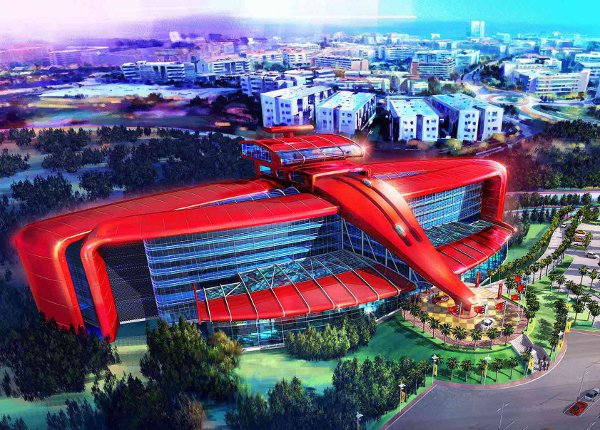 The park estimates that it will attract four million tourists each year.

There is another "Ferrari World" theme park in Abu Dhabi, which opened in 2010 (https://www.ferrariworldabudhabi.com/).