Work on railway from Tanzania to Kigali, Rwanda to start in December

It has been announced that work will begin in December on a 570km rail link between the northwest Tanzanian town of Isaka and the Rwandan capital of Kigali.

Isaack Kamwelwe, Tanzania’s minster for transport, and his Rwandan counterpart Claver Getete issued a joint statement following a meeting in Dar es Salaam to finalise the details of the $2.5bn project.

The ministers agreed to "facilitate and expedite" the work, as soon as a contractor has been named.

It will eventually connect with Tanzania’s standard gauge line, presently being built in two phases between Dar es Salaam and Morogoro, and between Morogoro and Makutupora. This work is being carried out by a joint venture between Yapi Merkezi of Istanbul and Portuguese company Mota Engil. 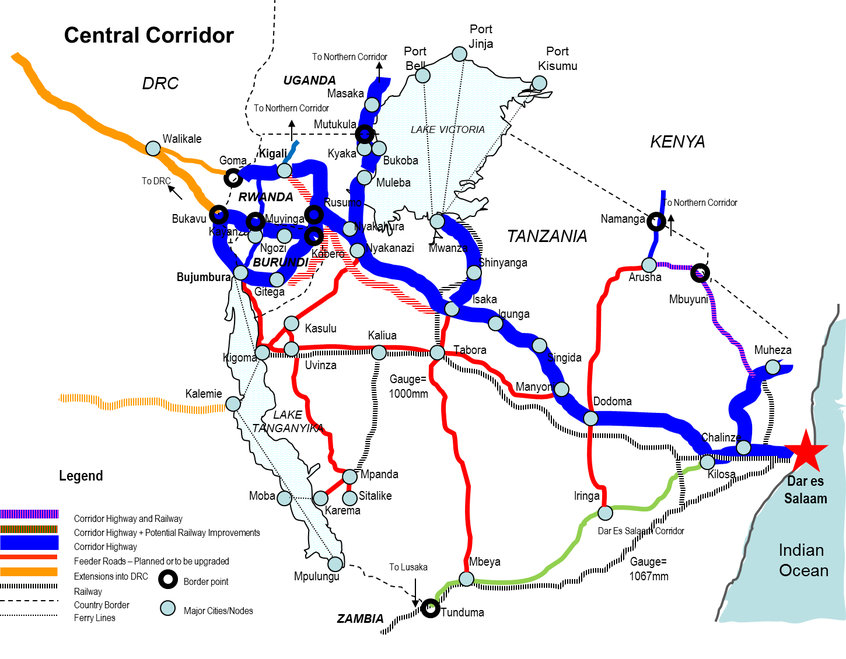 The plan for the central corridor, which also includes an upgraded road network (Central Corridor)

The two countries also agreed on procurement routes, with Tanzania continuing its policy of taking out commercial loans to supplement government spending and Rwanda opting for a public-private partnership model. Tanzania has allocated $700m to the rail line in its 2018/19 budget.

Top image: The line will link Kigali, seen here from the air, and the Indian Ocean (Fanny Schertzer/CC BY-SA 3.0)