A groundbreaking ceremony was held today to mark the beginning of construction work on the Musée de la Romanité Narbonne, on France’s south-east coast.

The museum will house an array of Roman artefacts excavated in the region, which was the important Roman centre of Narbo.

Foster + Partners’ design, devised in collaboration with museum specialist Studio Adrien GardÃ¨re, is based around the museum’s collection of more than 1,000 carved funerary blocks, recovered from the city’s medieval walls in the 19th century.

The architecture of the building will take its cue from the blocks, using them to separate the public galleries from restoration spaces. 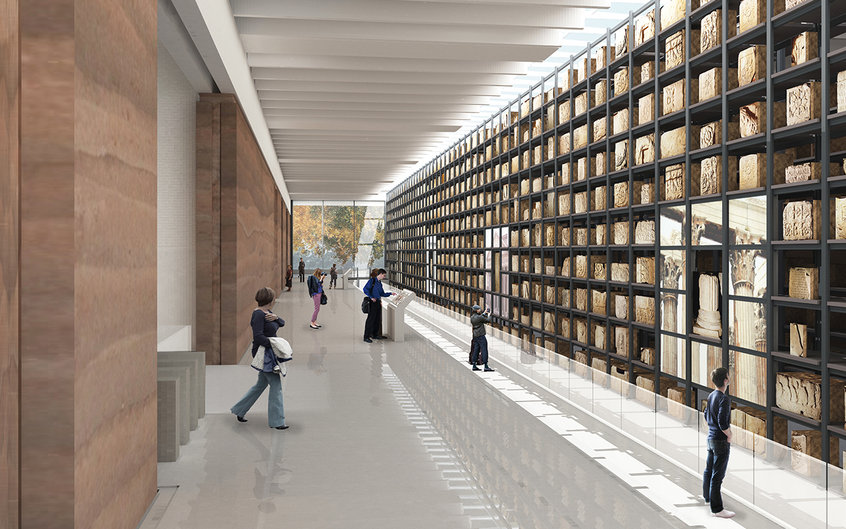 The single-storey structure has a precast concrete roof canopy and houses administrative offices on a mezzanine level.

The building has galleries for permanent and temporary exhibitions, a multimedia education centre and library, as well as restoration and storage facilities.

Spencer de Grey, Foster + Partners’ co-head of design, said: "Inspired by the natural setting and the fascinating collection of Roman artefacts, the building hopes to strengthen the connections with the landscape and the region’s incredible past, as well as being a major centre for research, restoration and interpretation of the story of antiquity of the wider region. We look towards the completion of the museum with great anticipation."

Foster + Partners won an international design competition for project in 2012. It is due to open in 2016.