The Lotte World Tower in Seoul, designed by US architect Kohn Pedersen Fox (KPF), is now the fifth tallest building in the world, standing 555m tall.

It is also the tallest in the South Korea, 250m higher than the previous record-holder, the Northeast Asia Trade Tower.

The completion of tower has pushed Kuala Lumpur’s 452m Petronas Twin Towers, once the world’s tallest buildings, out of the top 10.

The structure will comprise retail and office space, as well as a seven-star hotel with the top 10 stories earmarked for public use and entertainment facilities, including an observation deck and rooftop café. 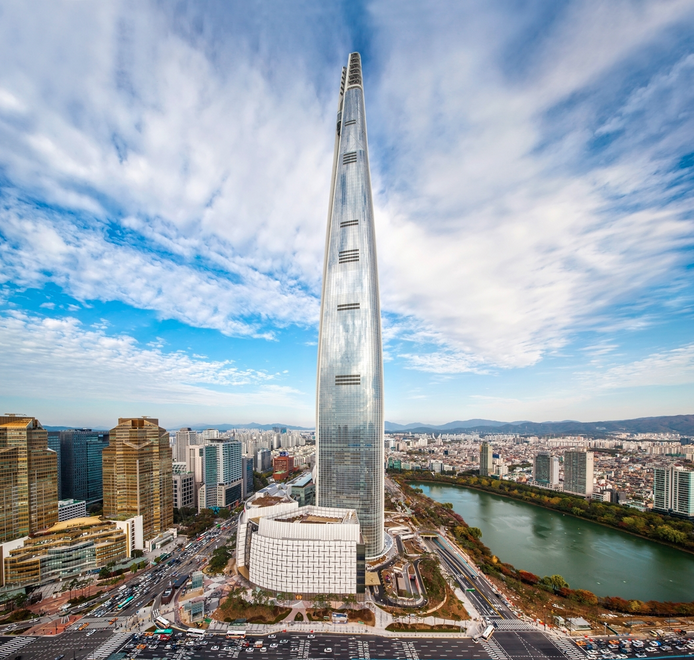 It will also contain an "officetel", which offers studio accommodation for people who work in the building. 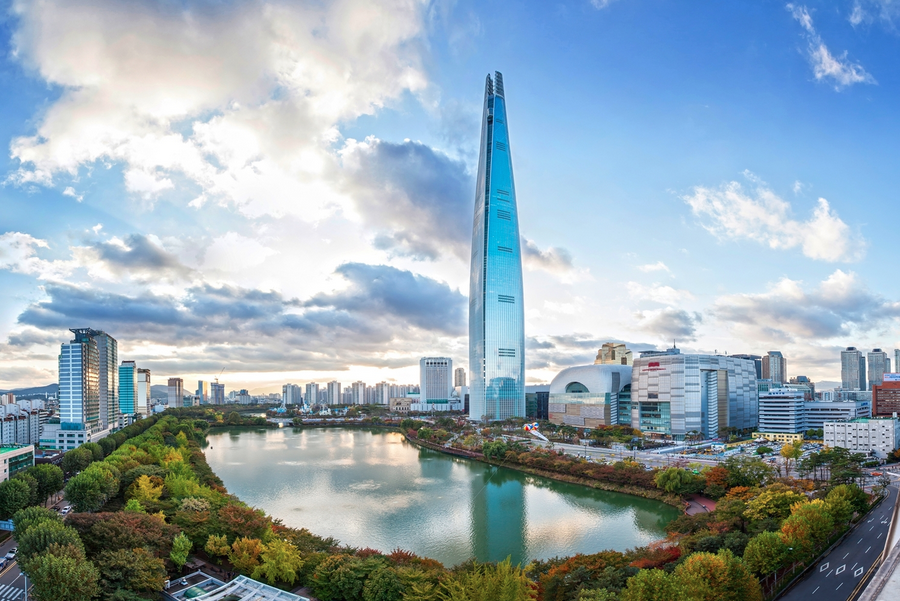 The tower has been designed and built in coordination with the 10-storey Lotte World Mall at its base, which has been open since 2014.

Located on the roof of the Lotte World Mall is the Lotte Concert Hall, a full-sized performance venue that can seat more than 2,000 people.