The Chinese billionaire behind Nicaragua’s stalled and controversial transoceanic canal has moved premises out of one of Hong Kong’s tallest skyscrapers a year before the lease expires.

In January 2016 the company renewed its three-year lease for the offices in IFC2 (pictured), with the option to extend for a further three years, reports Bloomberg.

HKND moved out last week and didn’t specify a new address, a receptionist at the tower told Bloomberg.

A representative for Wang told Bloomberg by telephone that the move reflected a "change of strategy".

In 2013 Nicaragua’s parliament granted HKND licence to build and operate the 276-km canal across the country. It would link the Atlantic and Pacific oceans to rival the Panama Canal. 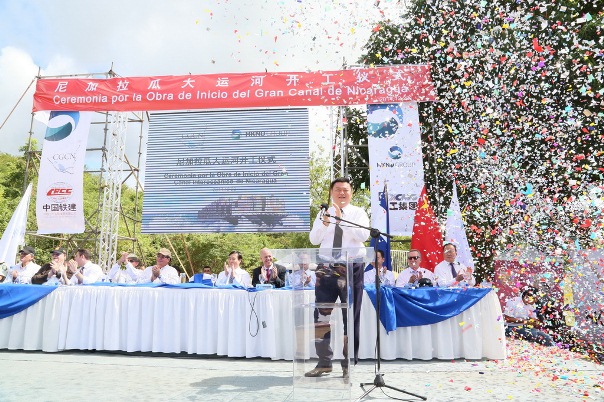 Wang ceremonially launched construction of the project, estimated then to cost $40bn, in December 2014. The estimated cost has since been raised to $50bn.

Scientists from various countries condemned the scheme for the environmental damage they feared it would do, and there have been protests by people living along the canal’s proposed route.

No significant work to dig the canal has been undertaken since the ceremonial launch, and it has never been revealed how Wang would finance the mega-scheme.

A telecoms tycoon, Wang saw around three-quarters of his paper wealth wiped out by China’s stock market crash in 2015.

His business empire faces other setbacks, including a stock suspension of his Beijing-based telecom company and a court fight in Ukraine, Bloomberg reports.