Plans have been revealed for the first phase of Silk City, a long-trailed scheme to build a 250 sq km city in Kuwait.

The $86bn first phase will include an international airport, a rail network, a logistics and industrial hub and a free-trade zone for Mubarak Al-Kabeer Port, local media reported.

The scheme, known as Madinat al-Harir in Arabic, may be developed with help from China following the signing of a series of memorandums of understanding, with the first signed in June 2014 and the latest in November last year. 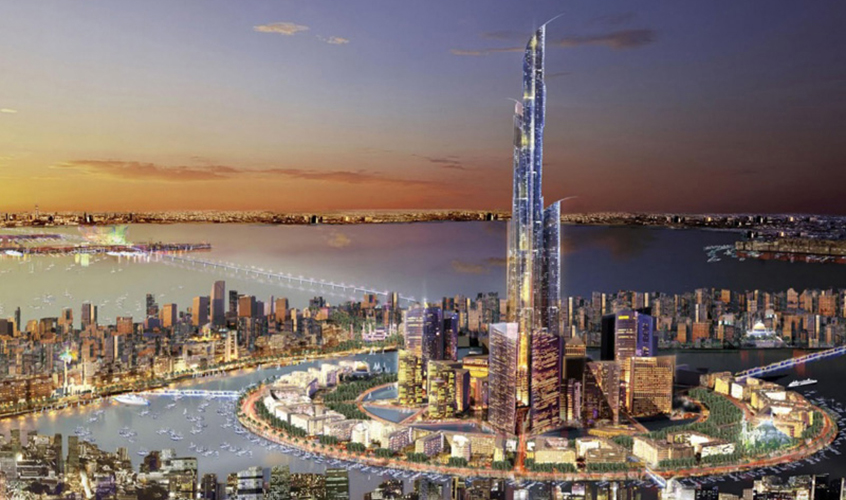 The details of phase one were published by Kuwait’s state news agency after a visit to the country from a 35-member Chinese delegation led by led by Ning Jizhe, vice chair of the powerful Chinese National Development and Reform Commission. The group also included members from the China Communications Construction Company and China Development Bank.

Faisal Al-Medlej, the chief executive of the Apparatus for Developing Silk City and Boubyan Island, said the project was intended to turn Kuwait into an international financial, trade and cultural hub. He added that his Chinese guests had had a helicopter flight over the site.

Other phases of the city are expected to include housing for 700,000 people, an Olympic stadium, and the 1km Mubarak Al-Kabir tower. The city will be developed on islands and connected to the mainland by the Jabar Bridge, which would be the fourth longest in the worldÂ

Plans are also in the pipeline to develop a public-private partnership model procurement strategy for Mubarak Al-Kabeer part.

Image: The design of the city was carried out by the late Eric Kuhne (KUNA)