The youthful Crown Prince of Saudi Arabia yesterday unveiled an astonishing plan to build a $500bn high-tech city from scratch in the mountainous desert region in the country’s northwest, on the coasts of the Red Sea and the Gulf of Aqaba.

The renewably-powered 26,500-sq-km city called "Neom", shortened from the Arabic for "new future", will be governed by its own laws drafted by foreign investors, and will be a high-tech haven for commercial development in nine future-looking sectors including biotech, food, advanced manufacturing, IT, mobility and digital gaming.

Neom will include territories of neighbours Egypt and Jordan making it "the first private zone extending among three countries".

"Built from zero" and backed by Saudi’s vast oil-revenue-fuelled Public Investment Fund (PIF), the scheme is intended to attract global investment into the planned futuristic sectors, and is part of bin Salman’s Vision 2030 plan to wean the kingdom’s economy off oil.

"The project will also limit the leakage of funds abroad [from] the Kingdom and aim to be one of the most important economic and scientific capitals in the world," the official announcement said. 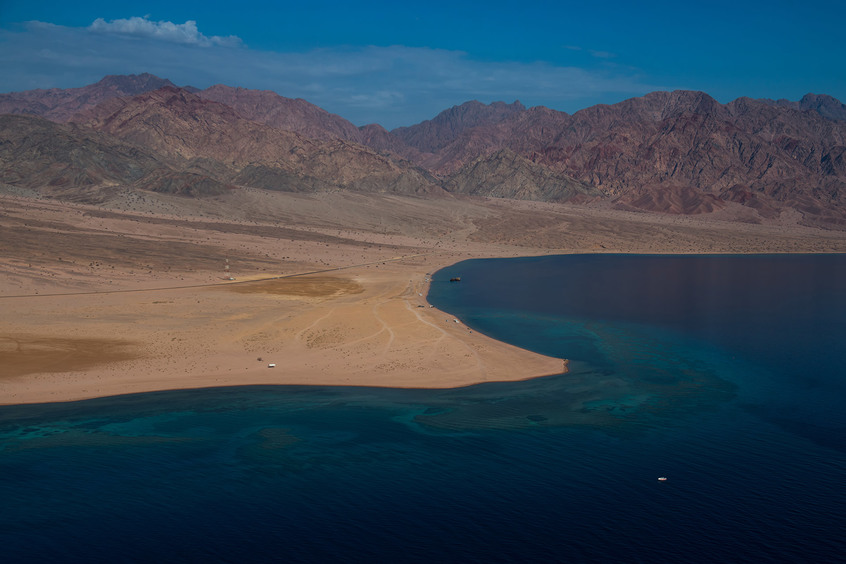 The project will "be one of the most important economic and scientific capitals in the world" (http://discoverneom.com)

The Neom announcement came on the same day that bin Salman pledged to return the country to a "moderate" form of Islam. In an interview with the Guardian newspaper, the powerful heir to the Saudi throne said the ultra-conservative state had been "not normal" for the past 30 years. That pledge followed last month’s surprise announcement that women would now be allowed to drive in the kingdom.

In a separate initiative GCR reported in August, Saudi Arabia also plans to turn a vast area of its western Red Sea coast into a tourism hot spot featuring 50 pristine islands, white sandy beaches, and pre-Islamic history and culture. This development lies to the south of the region set aside for Neom.

For years it has been trying to diversify its economy with the construction of new "cities" in the desert, with limited success so far. Examples include King Abdullah Economic City and the King Abdullah Financial District, which have failed to attract the hoped-for levels of foreign investment.

Allowing Neom to write its own laws, and the apparent liberalisation of Saudi society, may boost the chances of success for Neom.

More information on Neom can be found here.

Top image: The 26,500-sq-km city will be built from scratch in the mountainous desert region on the coasts of the Red Sea and the Gulf of Aqaba (http://discoverneom.com)